Year 6 take a trip back to Victorian times in Stibbington 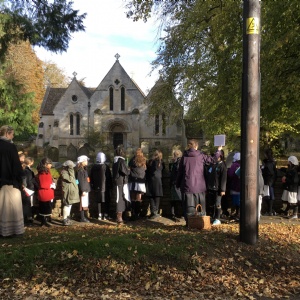 Victorian Day was sunny and bright, and our Year 6s all looked the part as they set off for Stibbington. Upon arrival, they were introduced to their teachers, Miss Flack and Mr Hendon, and each pupil was given the persona of a child who lived in the village during the Victorian era. 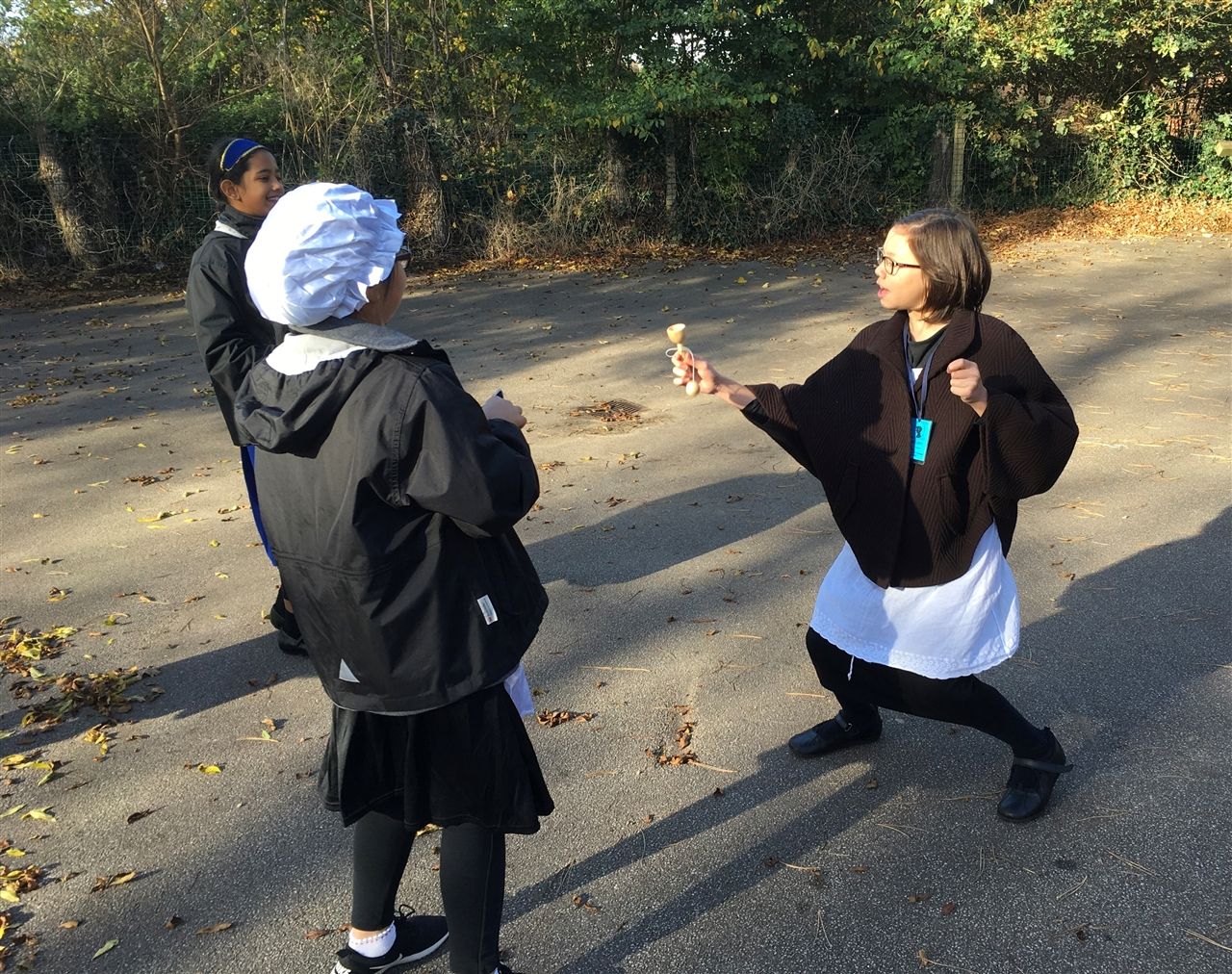 The personas included information on the child's family, their parents' jobs and the stage they reached when they left school at the age of 11. They even discussed why, in 1896, there were only two 9 year olds in the village - this was due to an epidemic of measles.

Next it was playtime with toys such as metal hoops, skipping ropes, stilts, hobby horses and even some toys requiring skill and dexterity, such as spinners and the cup and ball.

It was very interesting to look at the toys that children our age would have played with in Victorian times. My favourite was the metal hoops. Josephine

After playtime, it was time to look at some primary sources which would have been found in Victorian homes, farms, children's bedrooms and laundries. The task involved trying to work out what each item was used for and gave Year 6 pupils a chance to realise how lucky they are to live in a world full of time-saving technology. 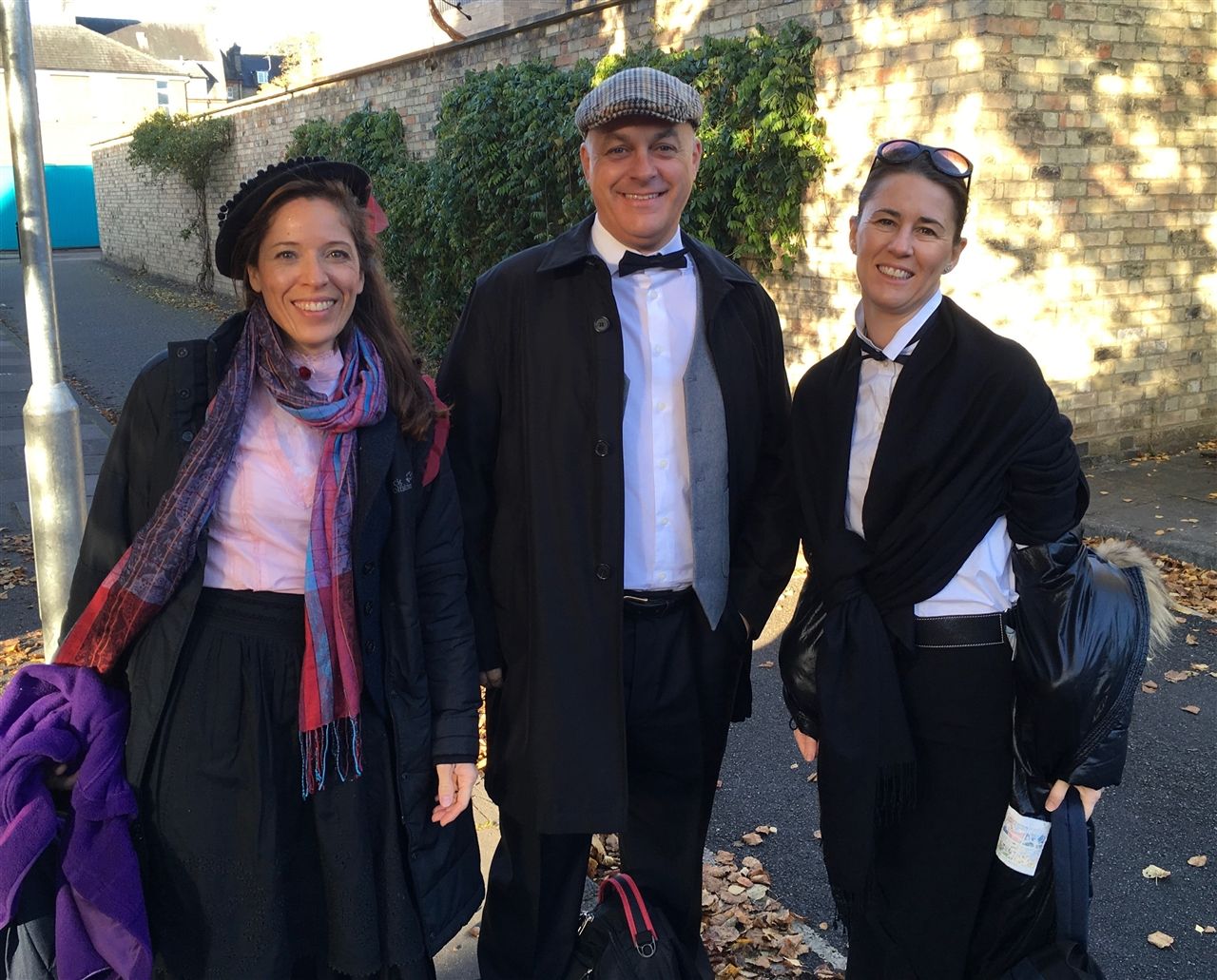 "I liked seeing how everyday objects from the Victorian times are so different from today. For example, the wash basin used for washing clothes was huge and looked very cumbersome."

The morning ended in the austere Victorian classroom, with its regimented rows of desks and the loud metronomic ticking of the clock. Woe betide any child who spoke out of turn for they would find themselves with their nose pressed against a chalky star on the blackboard or even in the finger stocks or dunce's cap.

The Victorian classroom was definitely a place for resilience, critical thinking skills and discipline. There was a sink or swim approach that wouldn't be found in a supportive modern-day classroom. 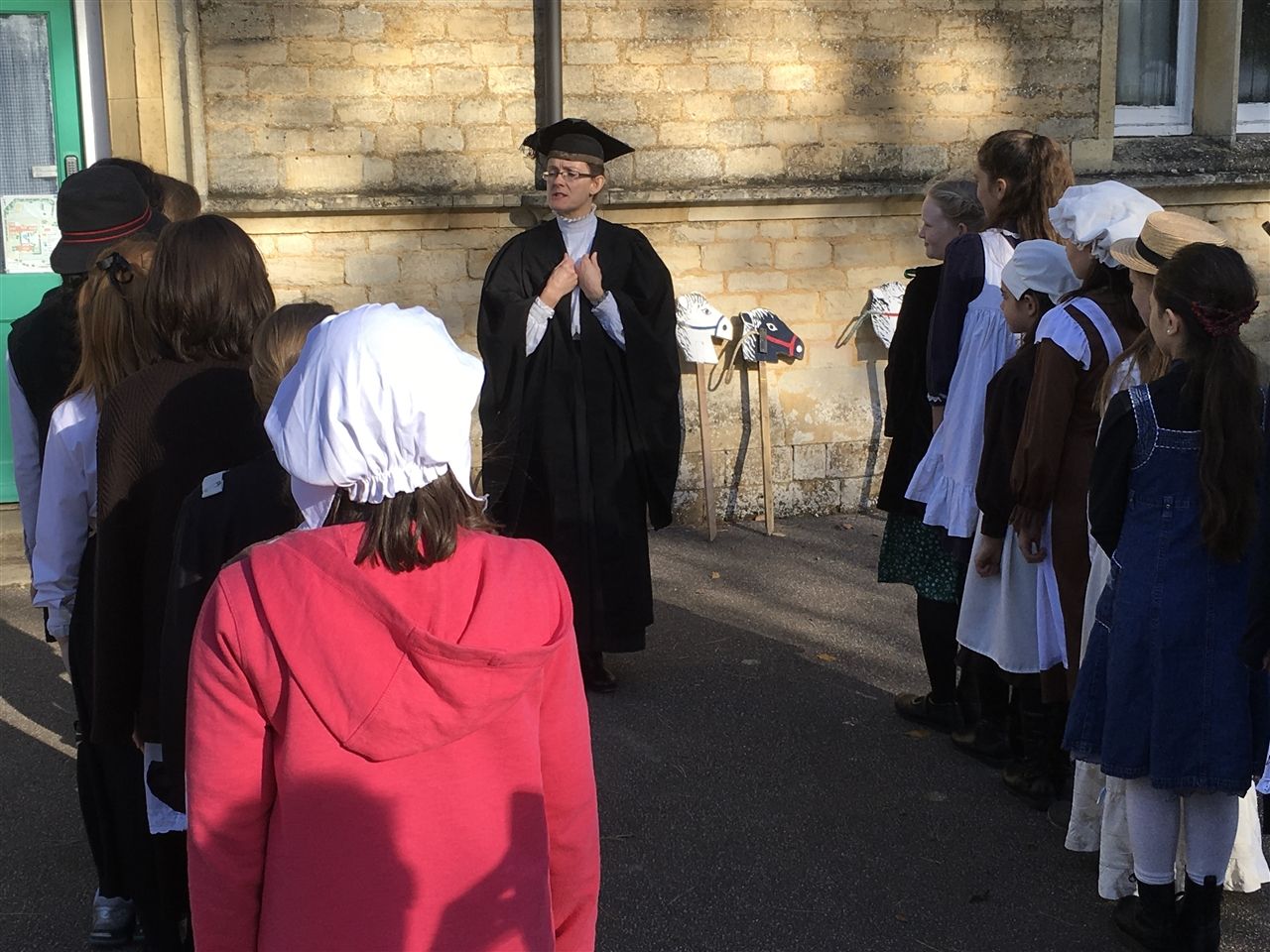 The afternoon was spent walking around the village looking at the houses, thinking about who lived in them and what we could learn from them. The final activity for Year 6 was in the graveyard looking at gravestones and trying to link, once again, the inhabitants of Victorian Stibbington with their ancestors and descendants.

"If you don't want a chalky nose, don't talk in class!"

"I liked using the ink pens, even though they made my fingers inky, and the teacher was really strict."

"We liked looking at the primary sources, for example the gravestones, because we could actually use them to gather information about the families living in the village."