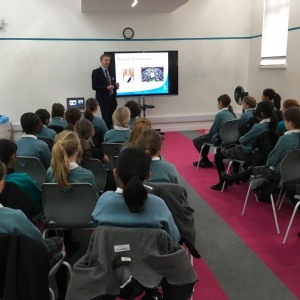 With one eye on our PSHEE scheme and another on promoting the importance of fundamental British values, Year 6 invited Andrew Limb, Head of Corporate Strategy at Cambridge City Council, to come into school to give his perspective on rights and responsibilities, voting, elections and decision-making in local government.

His fascinating and informative talk covered topics such as constitutional monarchy, when our parliament was first established and who can and cannot vote in elections in this country. He even pointed out that we belong to a country where people like to talk and hold discussions, with which Year 6 certainly agreed! 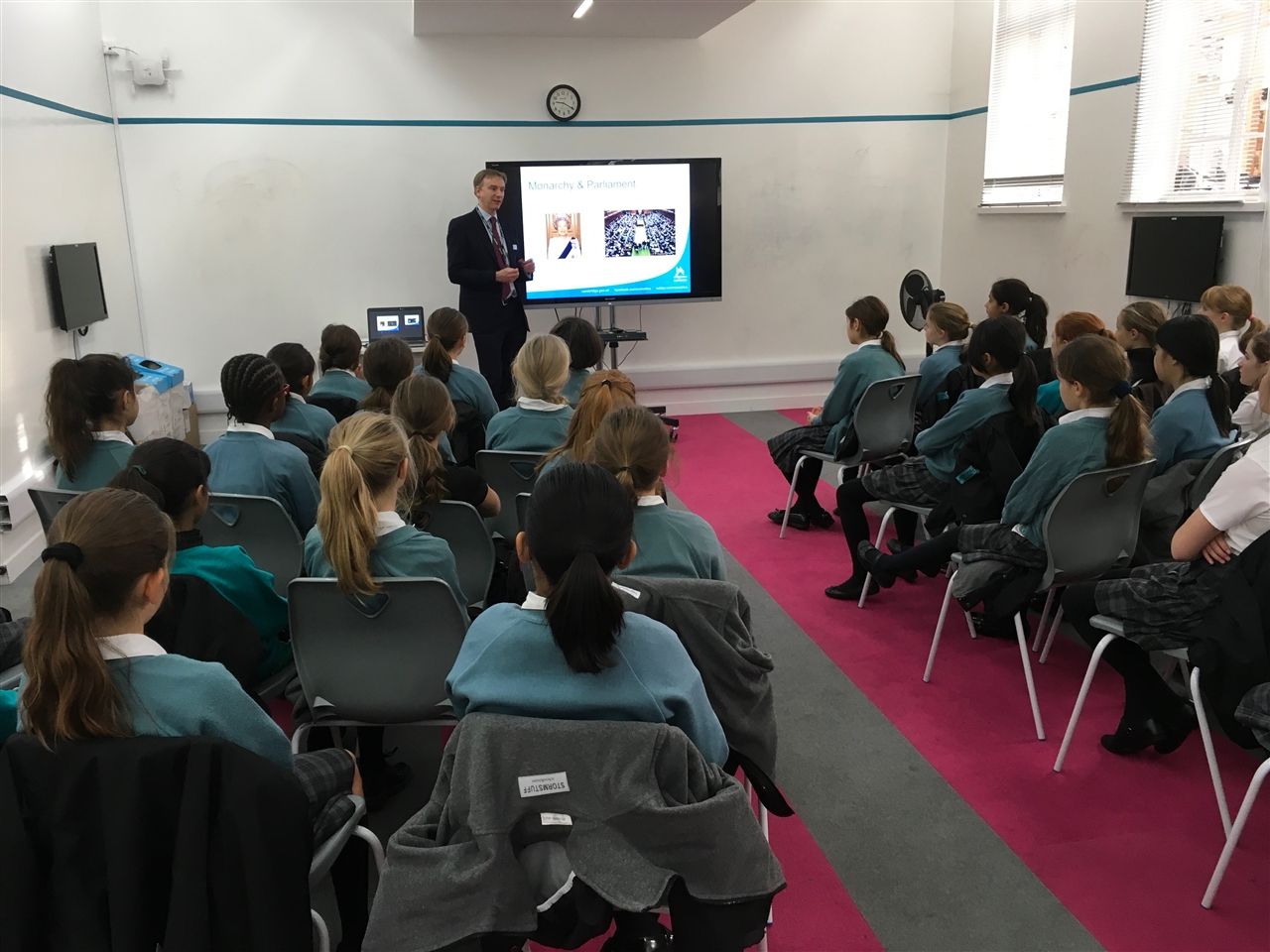 Mr Limb explained what local government is and what it is responsible for; he then showed us a map of Cambridgeshire so it was clear that it is made up of six different councils, of which Cambridge City Council is one. Did you know that there are fourteen areas within the City Council and that each area has three councillors to represent it?

In preparation for Mr Limb’s talk, Year 6 students wrote some perceptive and thoughtful questions in Google Classroom, based on research they had done in previous lessons. The final question he was asked was, ‘What is the best thing about your job?’ He told us that he likes being able to help and make a difference; he wants to keep Cambridge a happy and safe place and to help people who aren't happy or safe.

There was resounding applause at the end of the talk and everyone agreed that Mr Limb was engaging and inspiring. We even got quite a few raised hands in answer to his question, ‘Are you now inspired to go into politics?’ 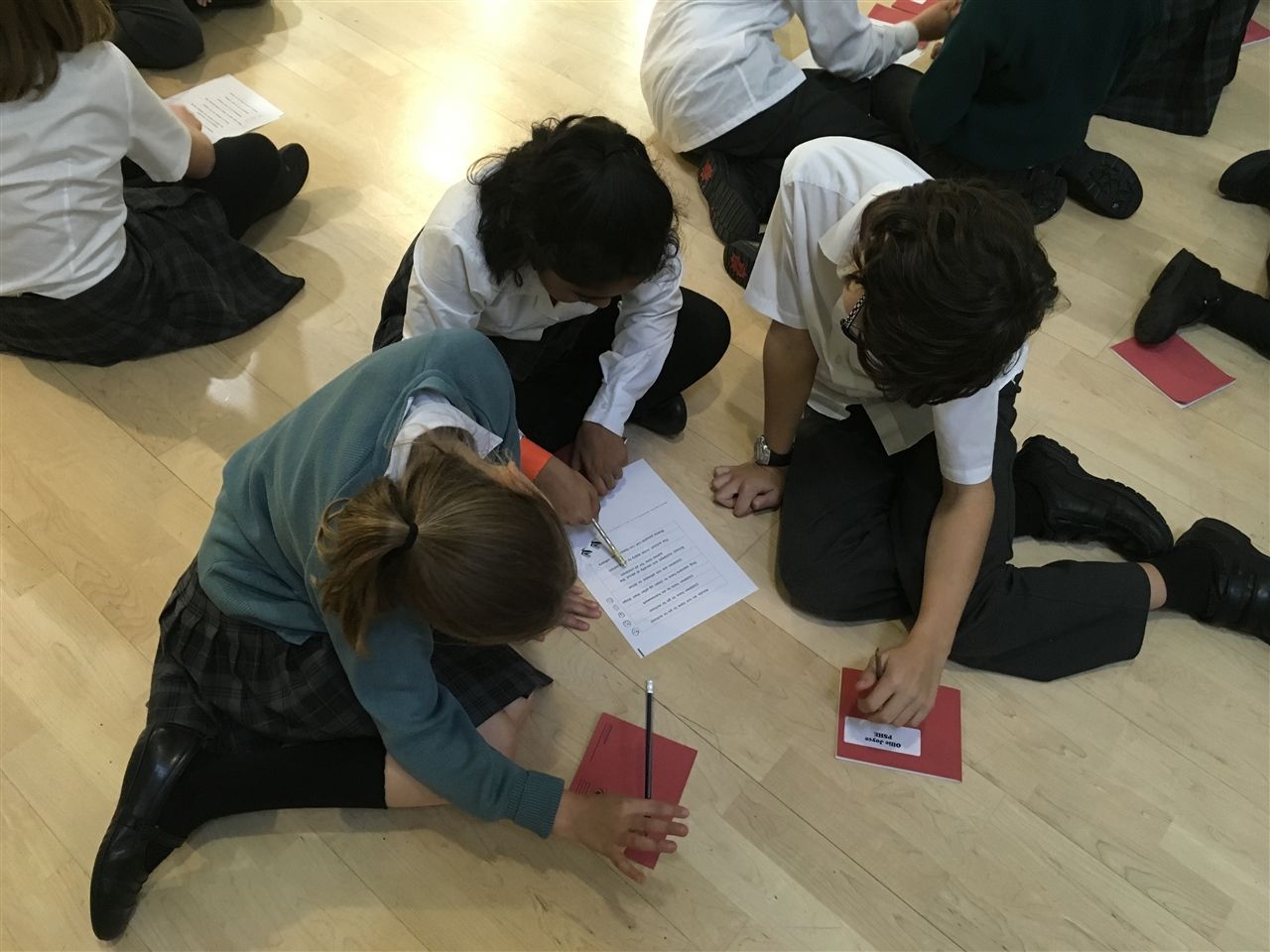 We are very grateful to Mr Limb for his time and all the effort he put into making his talk so relevant and compelling. Here are some of the results of our Q&A session with him:

What subjects do you need to study to be a Member of Parliament? Elif & Delia

You can take any subject, for example Mrs Thatcher had a Chemistry degree. It's more important to care about trying to improve or change the country.

Do you get full consent from members of the community before starting a scheme that would seriously affect them? Joséphine and Julia

We have a system of representative democracy, which means those you elect speak for you and make decisions on your behalf.

Who has the last say at any debate? Lucy and Eva

How can you make sure the debate is fair, so that there is no lying for a serious type of debate? Janice

In the House of Commons, the Speaker makes sure everyone behaves. Also, people can question others if they think they are not speaking the truth but, these days, most debates are filmed so people know that if they lie they will be caught out.

Where do debates at the local council take place? Alexandra VP

Usually in the Guildhall but we also go out into the community so local members of the public can come along to listen or even take part.

Does it bother you that not everyone will agree with your judgements and decisions? Megan, Alexandra C and Florence

I don't mind if people disagree with me because everyone has different opinions, and no one gets everything right first time. We need to listen to different ideas and advice and look carefully at the evidence, facts and figures to make informed decisions.

Did you have a say in the new traffic system? Katherine and Alice

The system is trying to get buses moving more freely and to encourage people to walk more or cycle. I wasn't actually involved in coming up with the scheme but think it's important that we try to tackle congestion and improve the quality of life for people living and working in and around Cambridge.