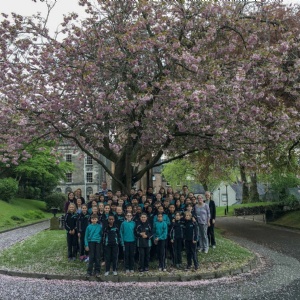 Year 6 pupils waved a fond farewell to their families on Panton Street and were spirited off to Peterborough, where they caught a train bound for Edinburgh. 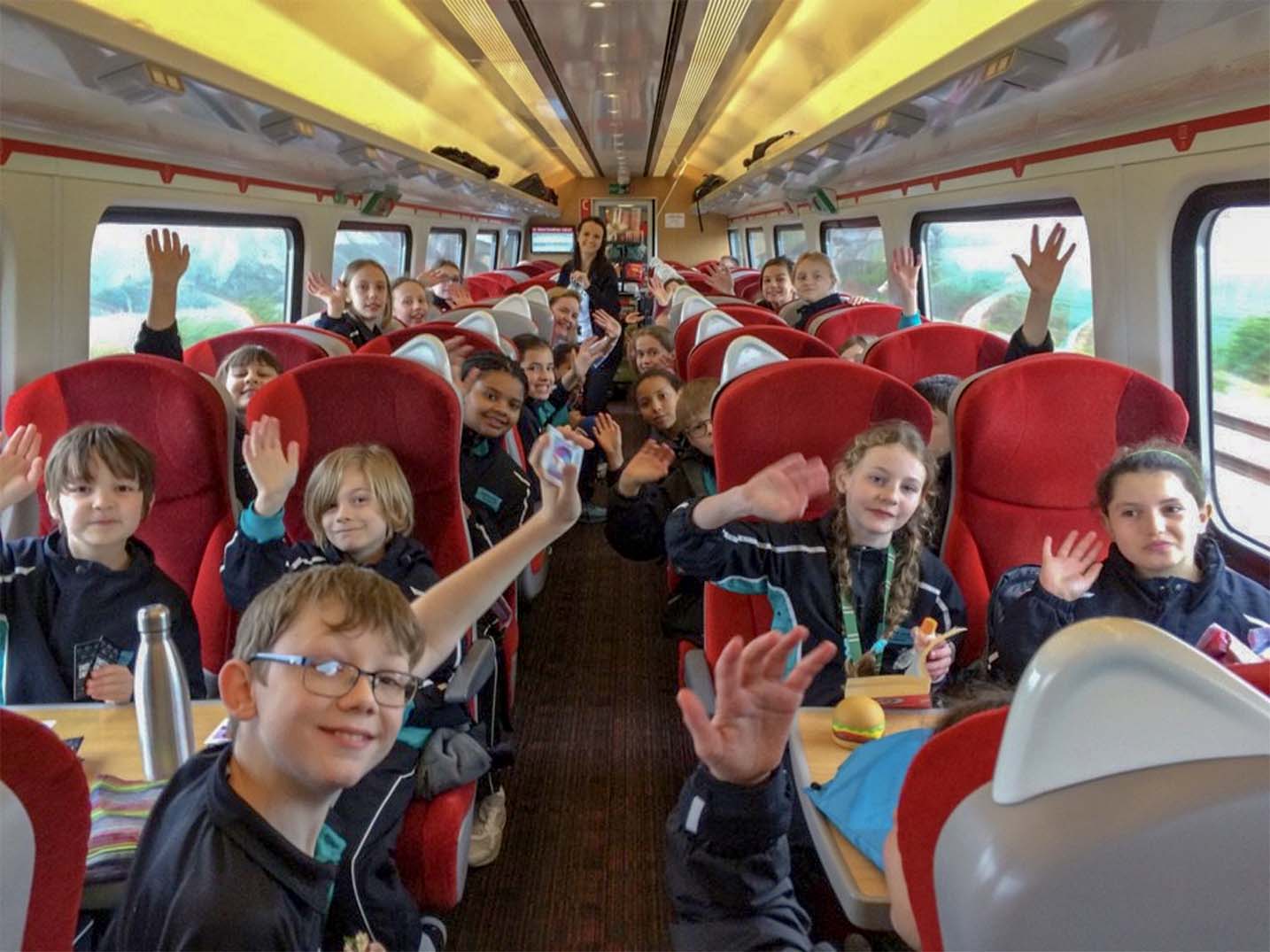 Year 6 pupils waved a fond farewell to their families on Panton Street and were spirited off to Peterborough, where they caught a train bound for Edinburgh. After a very comfortable journey they boarded two coaches which took them to Edinburgh Zoo, their first destination north of the border. 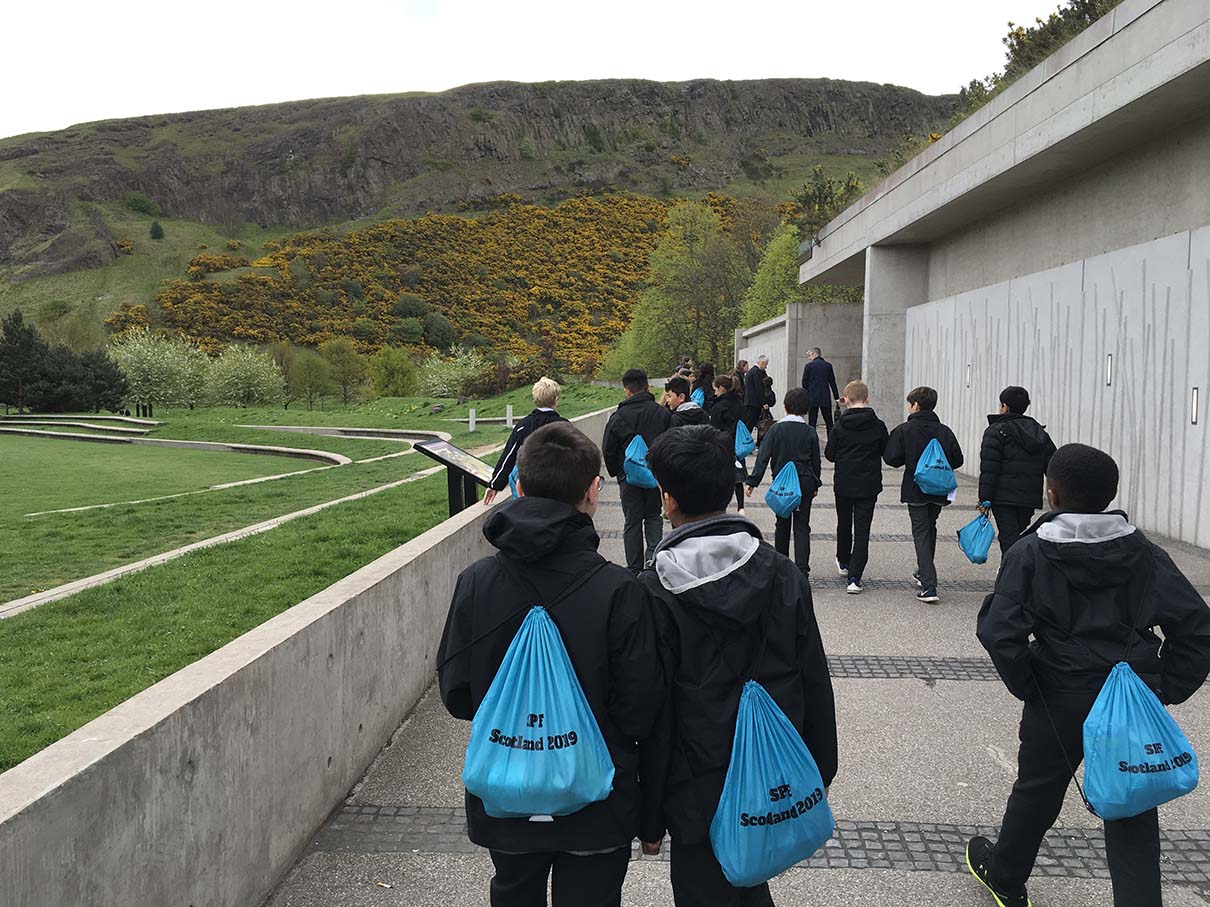 First things first, a walk up the steep slopes of the 82 acre site to the Education Centre for activities on endangered species. The RZSS staff then led their groups outside to think more about the threats to the survival of gibbons, penguins, rhinos and tapirs. Then, the most fabulous experience of all - the sighting of a hungry, bamboo munching panda! 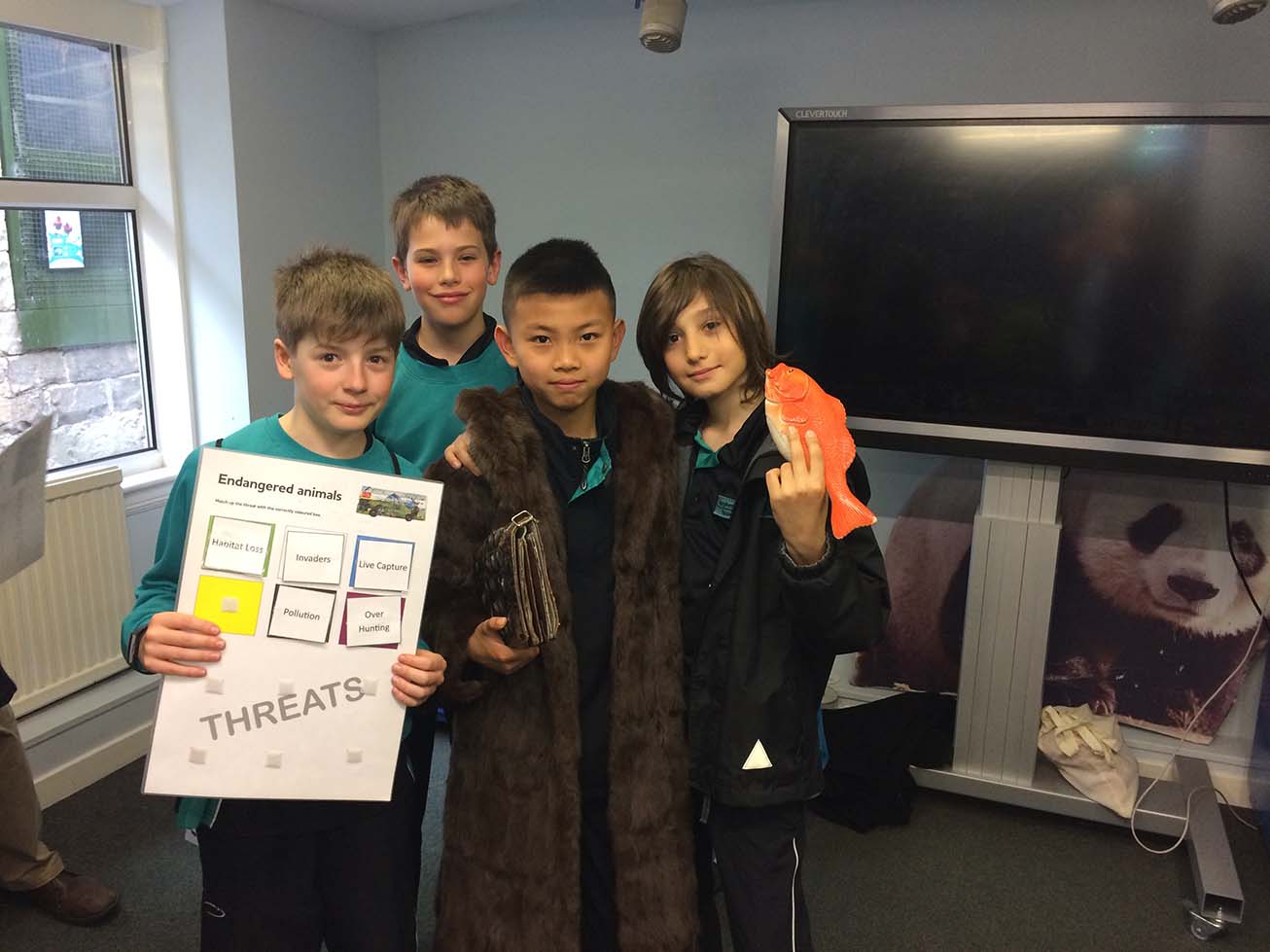 “My highlight at the zoo was when we saw the really cute panda. I learnt a few new facts on pandas, such as how they eat twice their body weight every day. I also really enjoyed the talk on dangers to habitats and conservation.” Willow 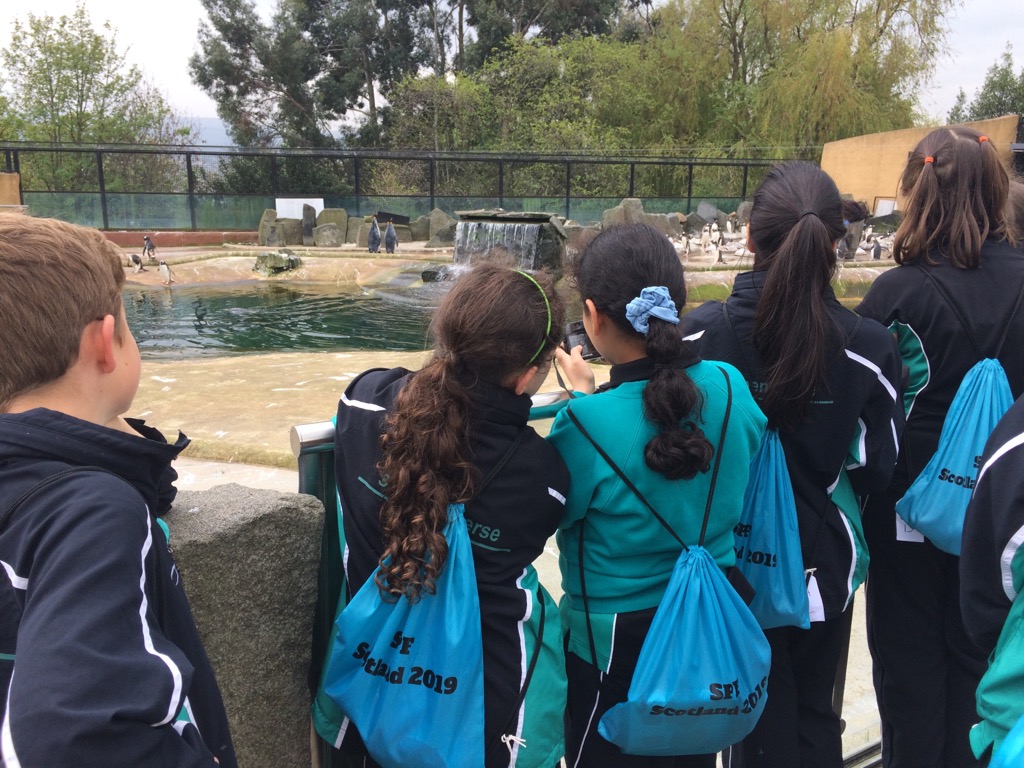 “I really enjoyed the zoo experience as I got to see lots of animals that we do not see in everyday life. My favourite part was seeing the panda because they are so adorable and fat.” Eleanor 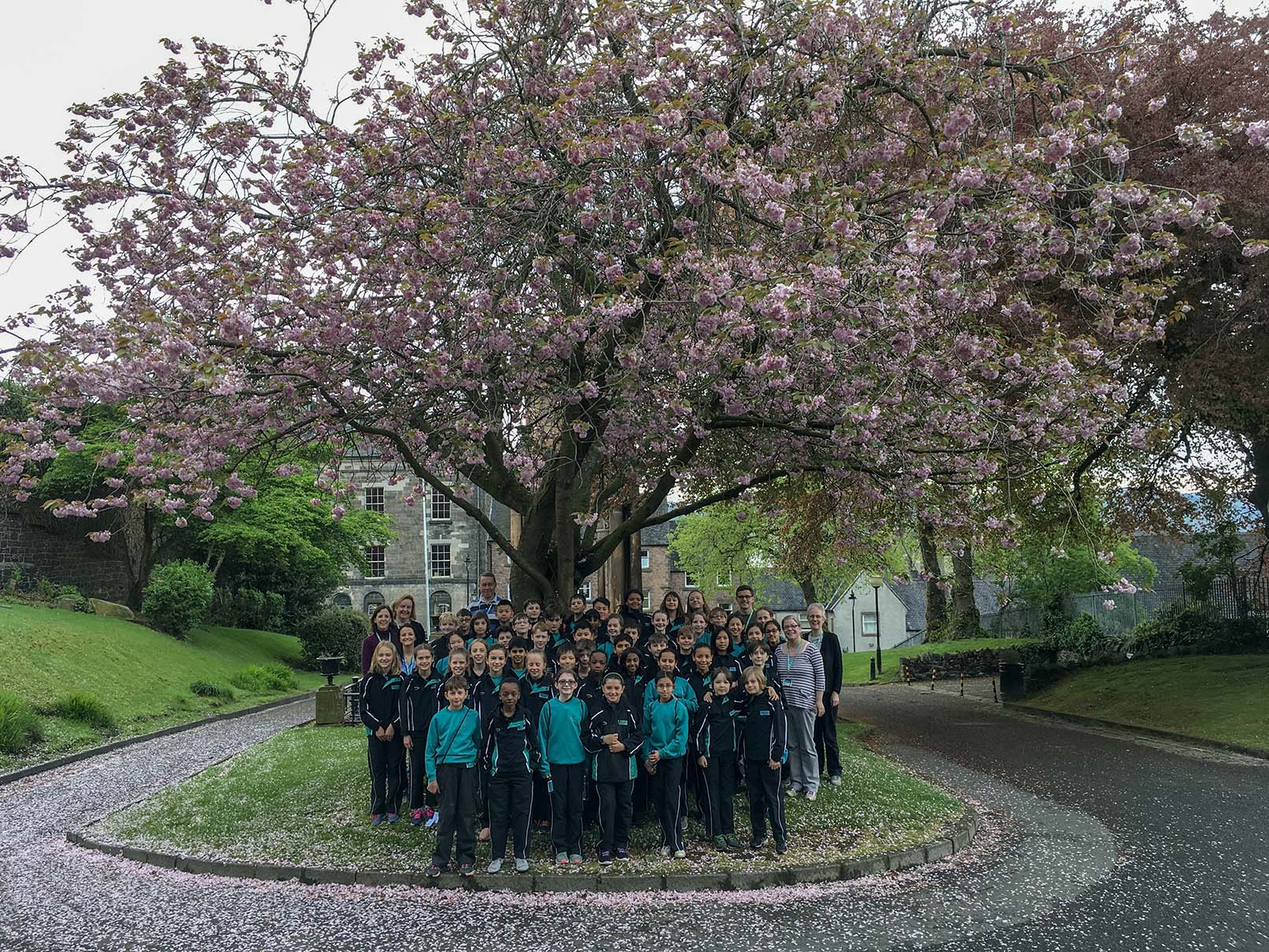 Upon arrival at Stirling Youth Hostel that evening we found the cherry tree outside in full bloom, as if to welcome Year 6 pupils to their accommodation. They quickly discovered how exciting it was to share a room with friends, firming connections and forging even stronger relationships. Over the next few days, meals were to become a time of camaraderie and bon viveur, as everyone was revived by tasty dishes and weary bodies felt ready for the next activity. 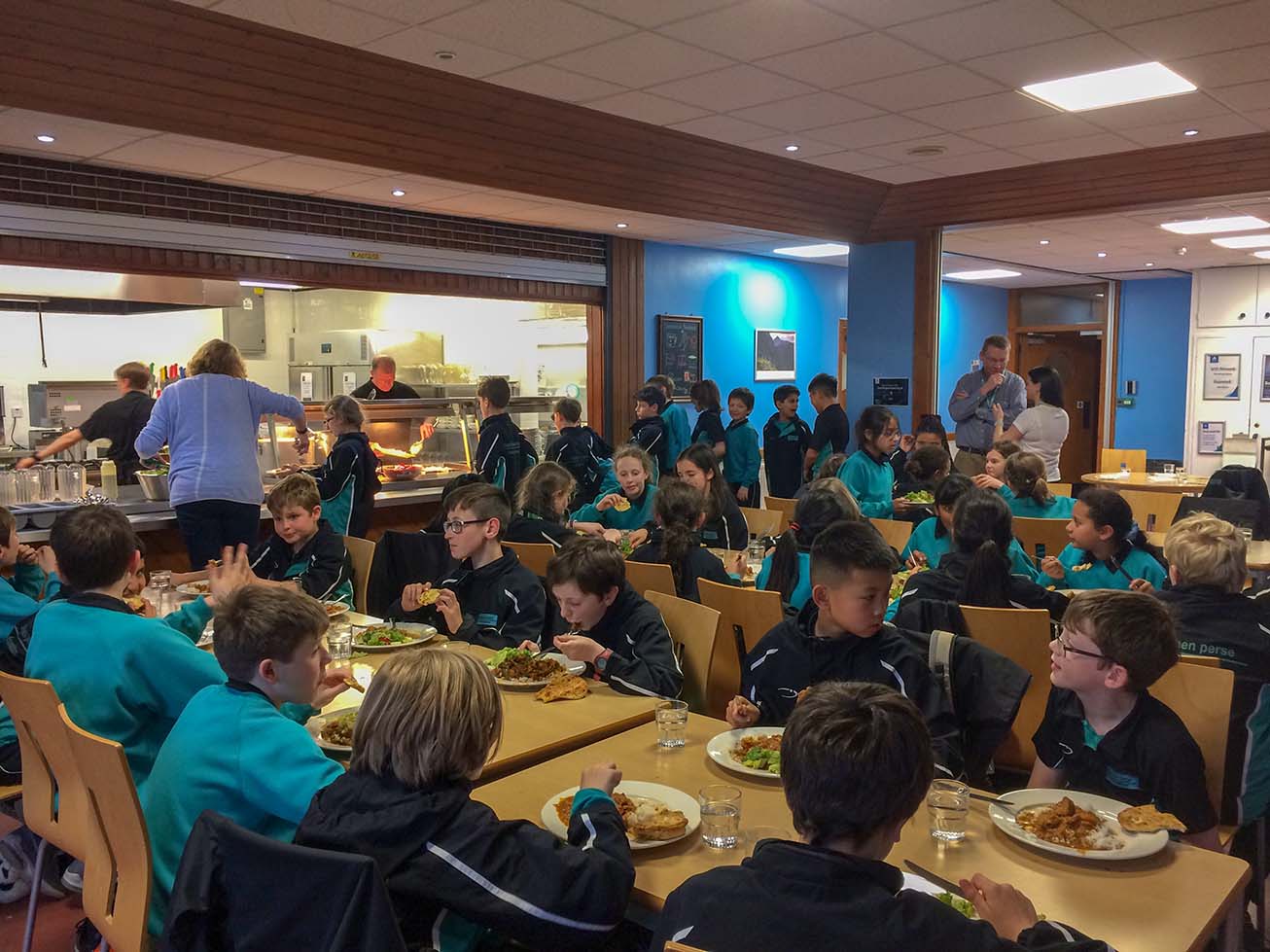 Day two – Wednesday 1 May
The day started with an inspirational visit to Glasgow Science Centre, where the pupils had opportunities to engage with the wide range of interactive exhibits, covering everything from electromagnetic forces to the structure of the human body and its trillions of different specialised cells. Amongst other things, they were able to find out at firsthand how an Archimedes screw moves water uphill, how electricity is generated and how to put together a model of DNA. 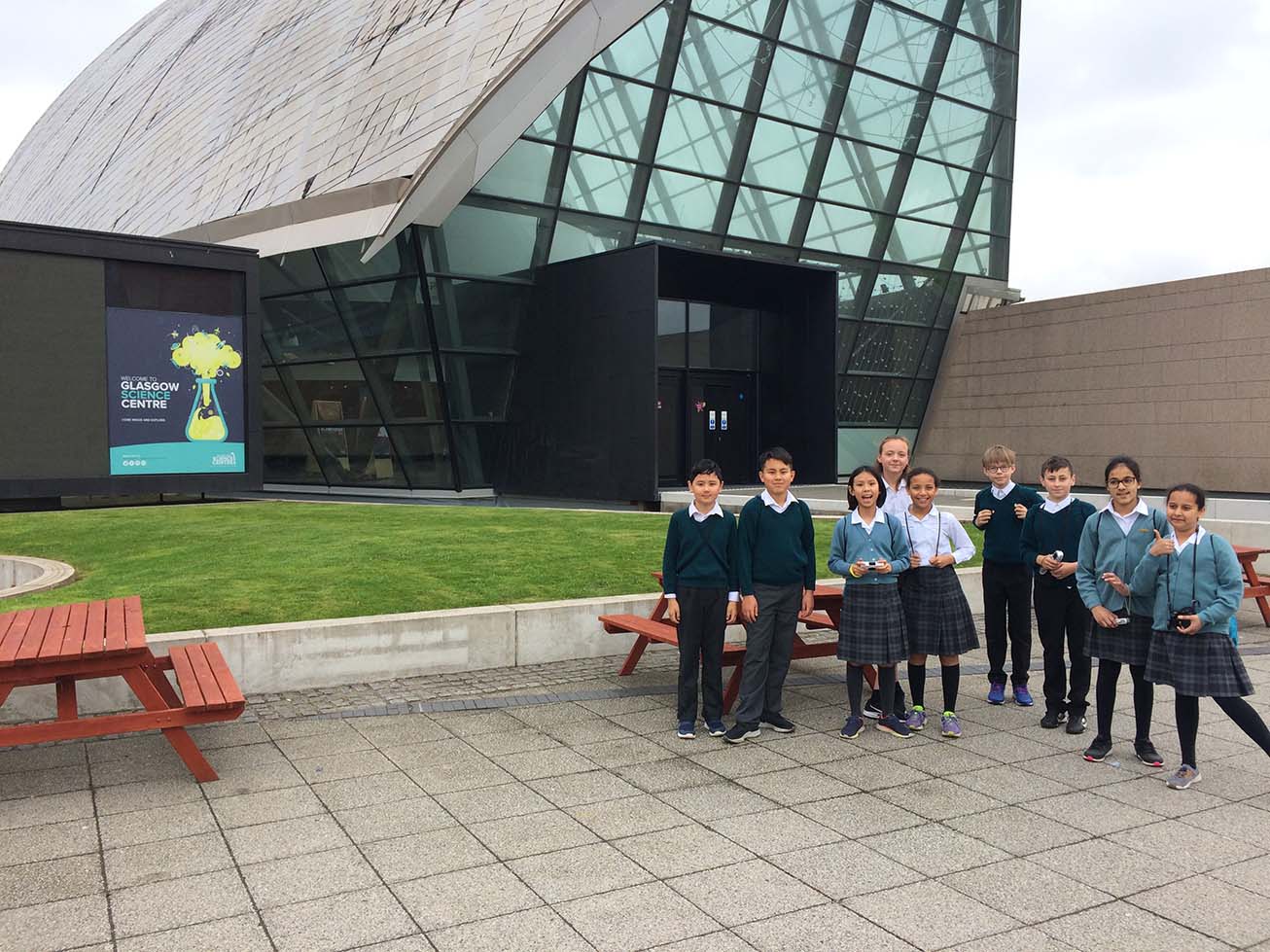 An especial highlight of the visit was a live talk by an astronomer in the planetarium. She took us on a guided tour of the night sky, including how to find important stars, the shapes of some famous constellations and the mythical stories behind them. She then took us on a trip to Mars, watching a robotic rover scour the surface for signs of water and to Jupiter for a close-up of the Great Red Spot, in reality a storm which has been raging for at least 400 years. 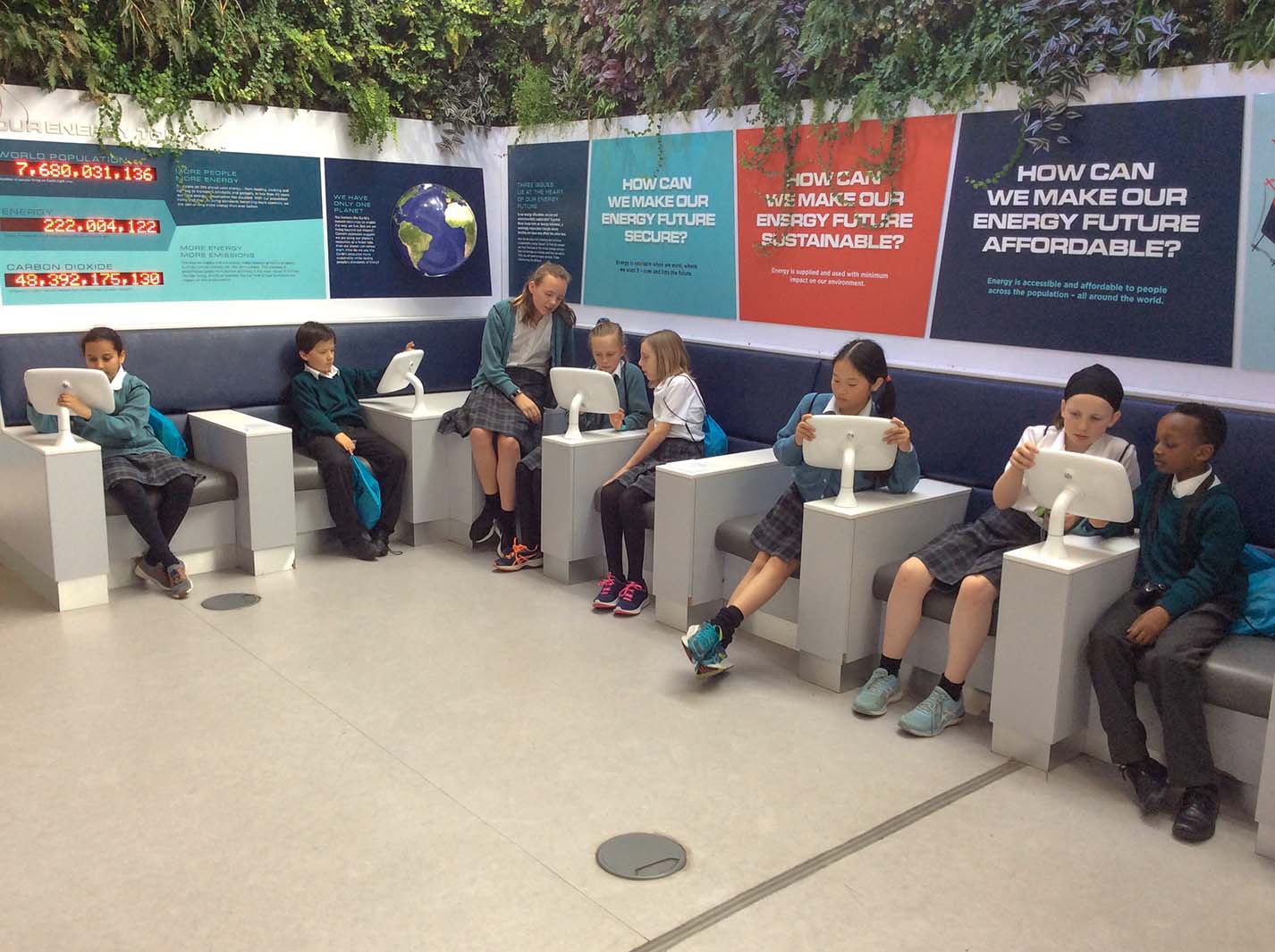 This amazing, futuristic centre clearly struck a chord with our young scientists:

“I controlled a ball with my mind!” Elliott 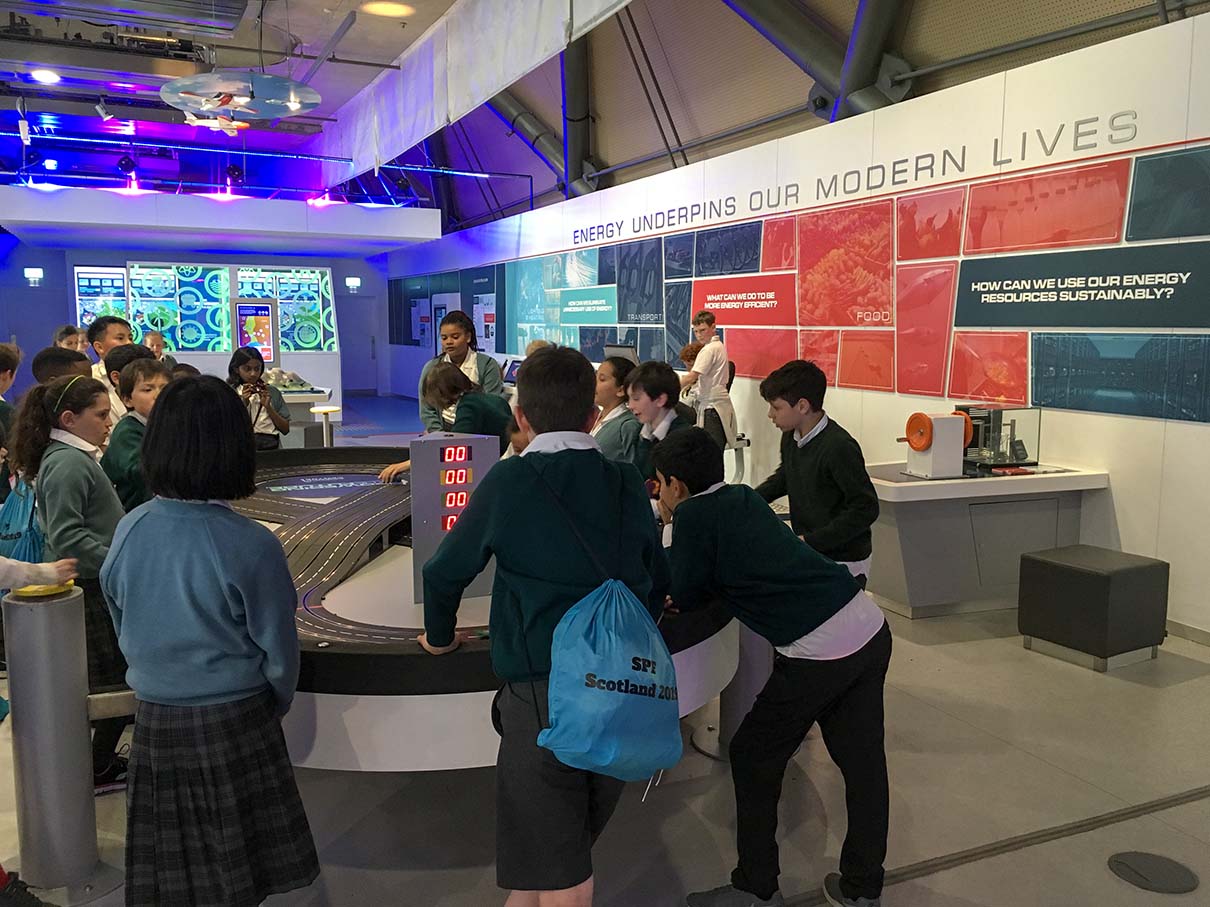 “I loved the fact that it was interactive, so instead of just reading about the experiments, you could try them for yourself.” Genevieve 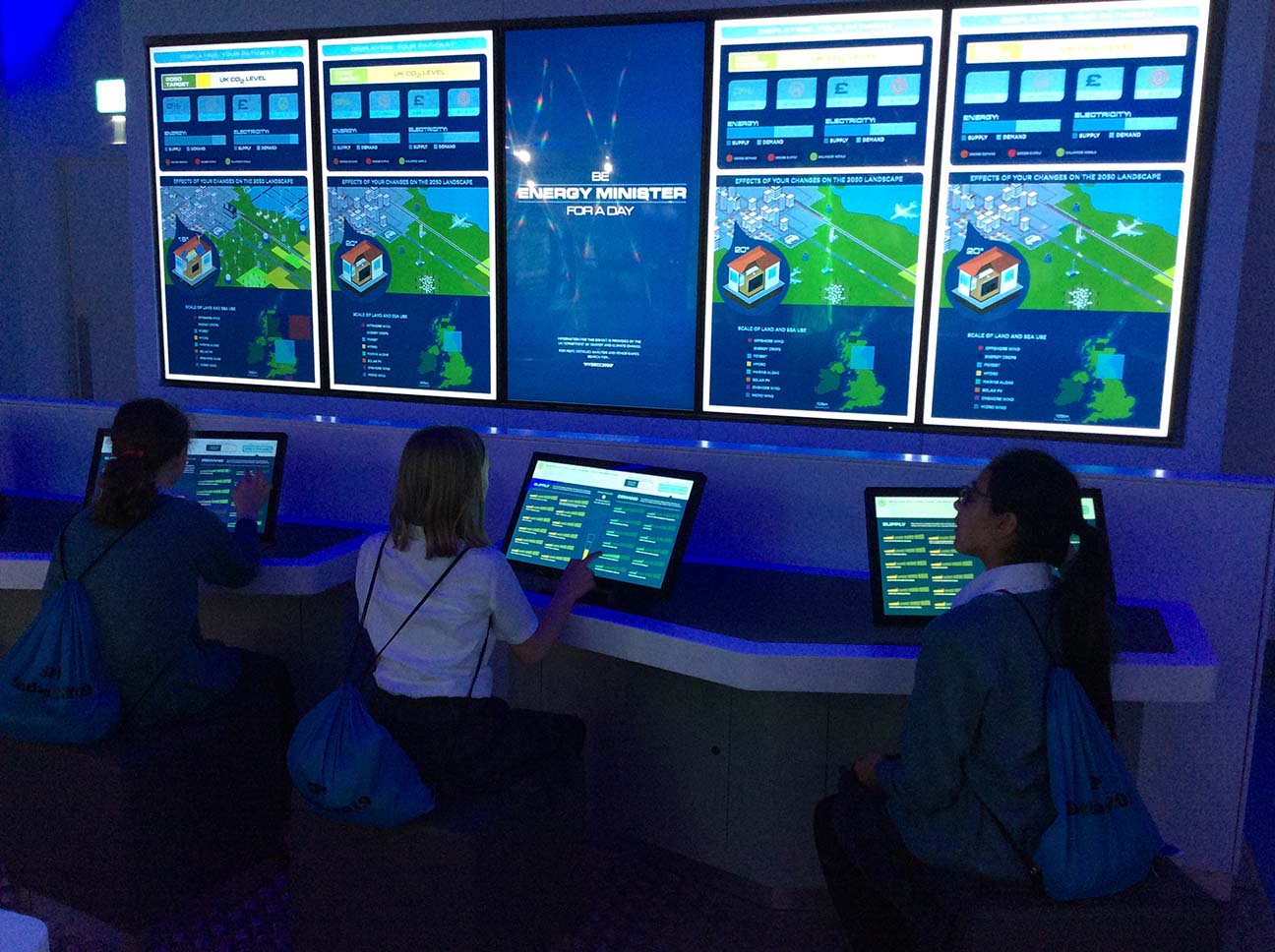 “During the visit, I learnt a lot about science in a really enjoyable way.” Freddie

On Wednesday afternoon, the Year 6s explored beautiful Stirling Castle in typical wet and windy Scottish May weather! They enjoyed the wonderful views from the castle and learnt of the many benefits of seeing enemies from up high. 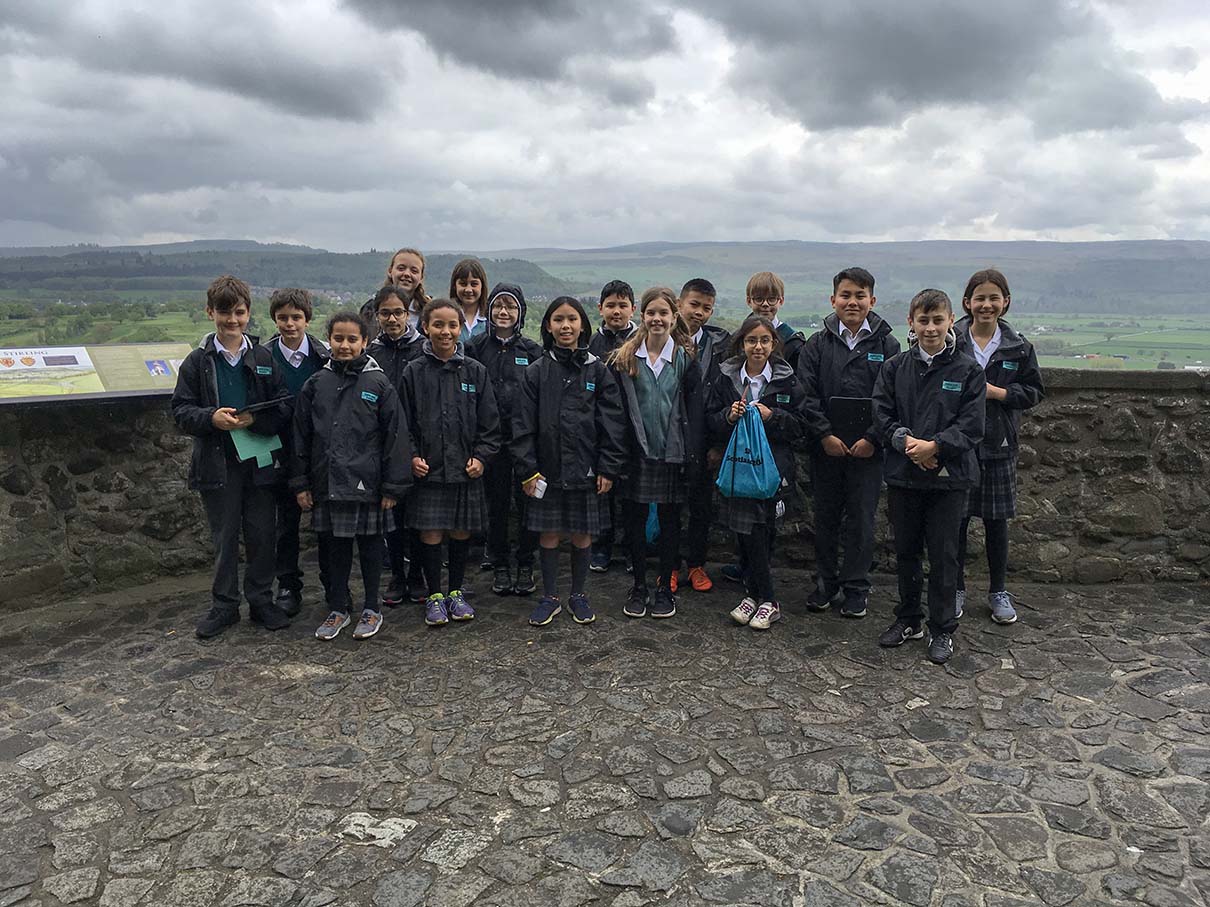 They were taught about Mary of Guise, mother of Mary Queen of Scots, and the expensive clothing worn by the royal court in her era. They enjoyed hearing about how people were entertained by court jesters, a serious job to have when there was no technology available. Year 6 pupils also enjoyed watching a video about the food which courtiers ate at feasts and relished the opportunity to buy gifts for their family and friends, before their short walk back down the hill to the Hostel and getting ready to go out for supper. 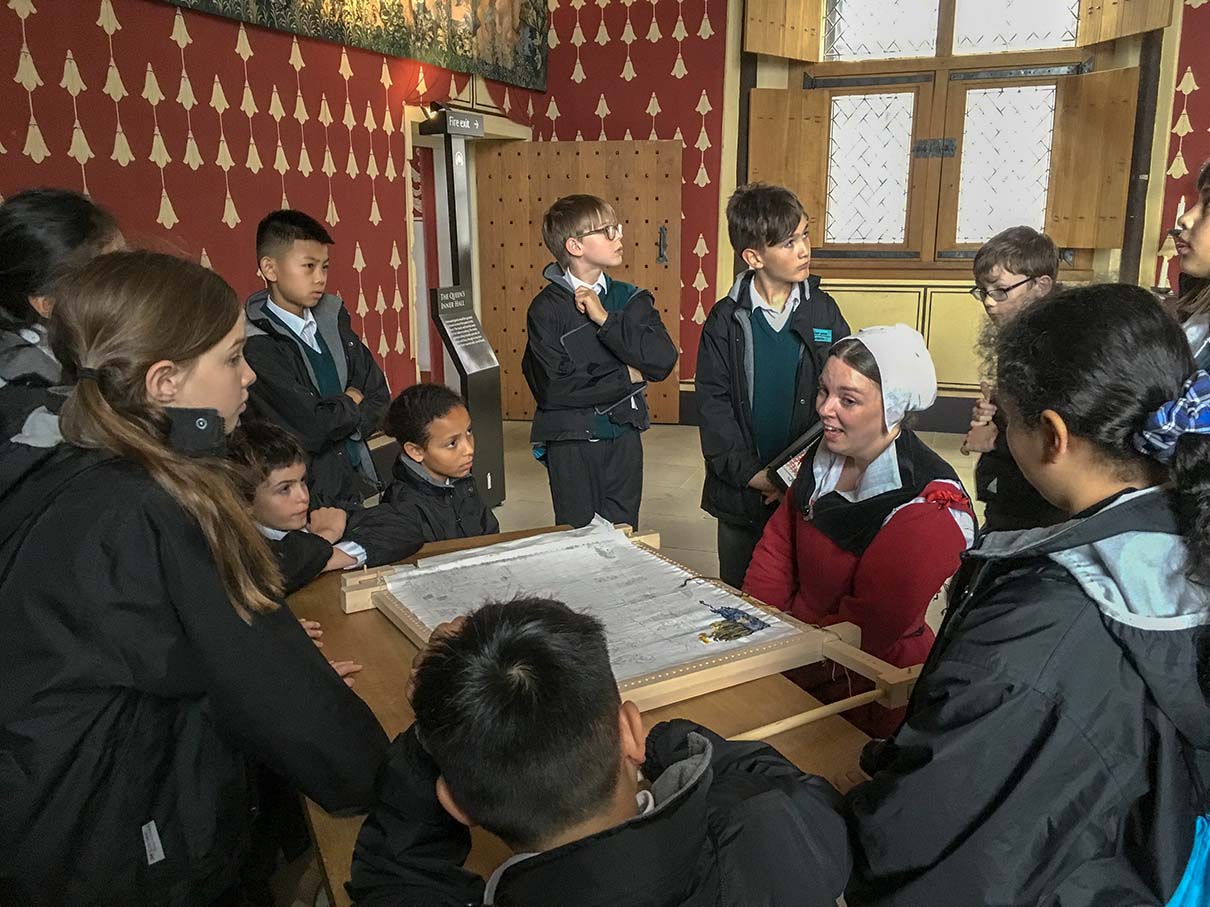 “I enjoyed spending time at Stirling Castle. It was really fun especially when we dressed in some of the costumes. I also enjoyed the shop.” Fope 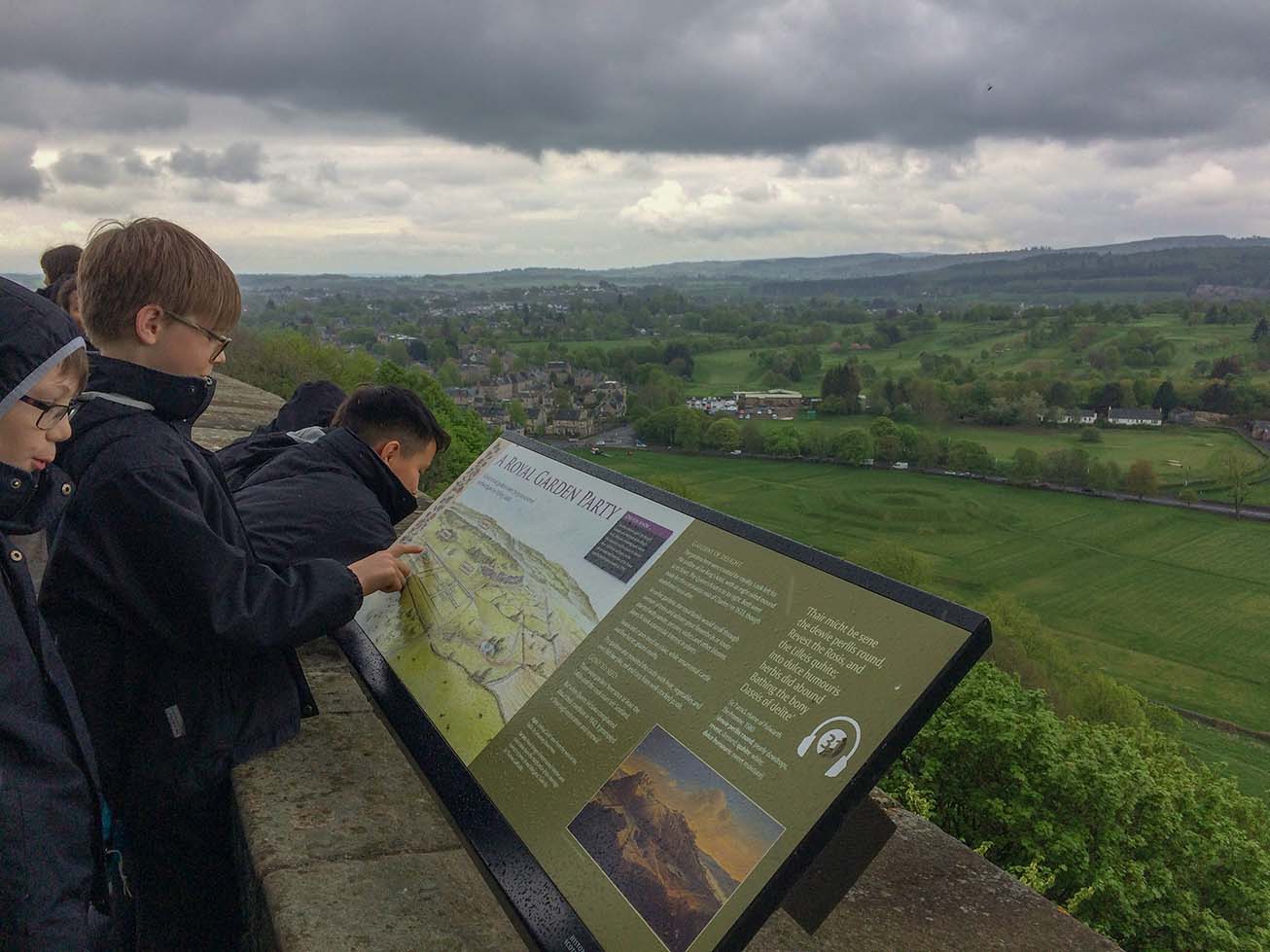 “I really enjoyed visiting Stirling Castle as I had never been to it before. Before the trip, I didn’t really know much about Scottish history and I learnt so much there. I really enjoyed shopping I hope that I have a chance to return to the castle with my family”! Verity 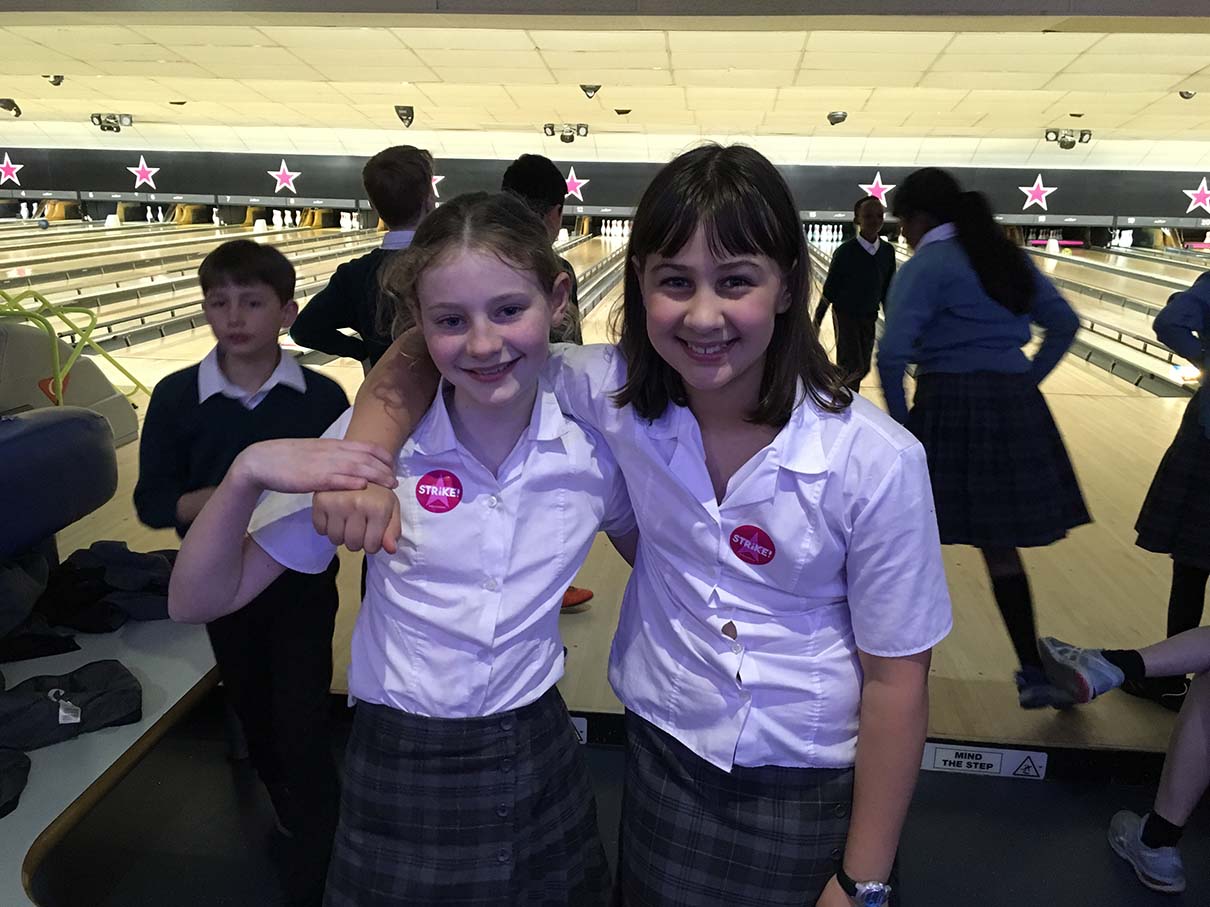 This fun packed day was rounded off with an energetic and exhilarating game of ten-pin bowling. Staff members commented on how wonderful it was to see Year 6 celebrating each others’ scores and strikes.

On the day when local elections were held across England and Northern Ireland, Year 6 pupils visited the Scottish Parliament opposite Holyrood Palace. Airport security at the entrance allowed time for gazing at both the exterior and interior of this modern building designed by Spanish architect, Enric Miralles. During a brief introduction to the evolution of this Parliament, it became clear that several members of Year 6 have more than a rudimentary grasp of Scottish political history. After climbing the stairs to the Debating Chamber there were audible gasps at the hemicycle arrangement of seating. Questions tumbled and everyone was keen to grasp what happens when Parliament is in session and why the parliamentary mace is on display in front of the Presiding Officer's desk. Back on ground level, there was time for a walk round the permanent exhibition and this enhanced understanding as to the significant symbolism in many features of the building, including leaves and crow-stepped gables. The year tiles attracted great attention and some amusement, as can be seen below. All too soon it was time to bid farewell to this unique place and to wish the Scottish Parliament a very Happy 20th Birthday in ten days' time. 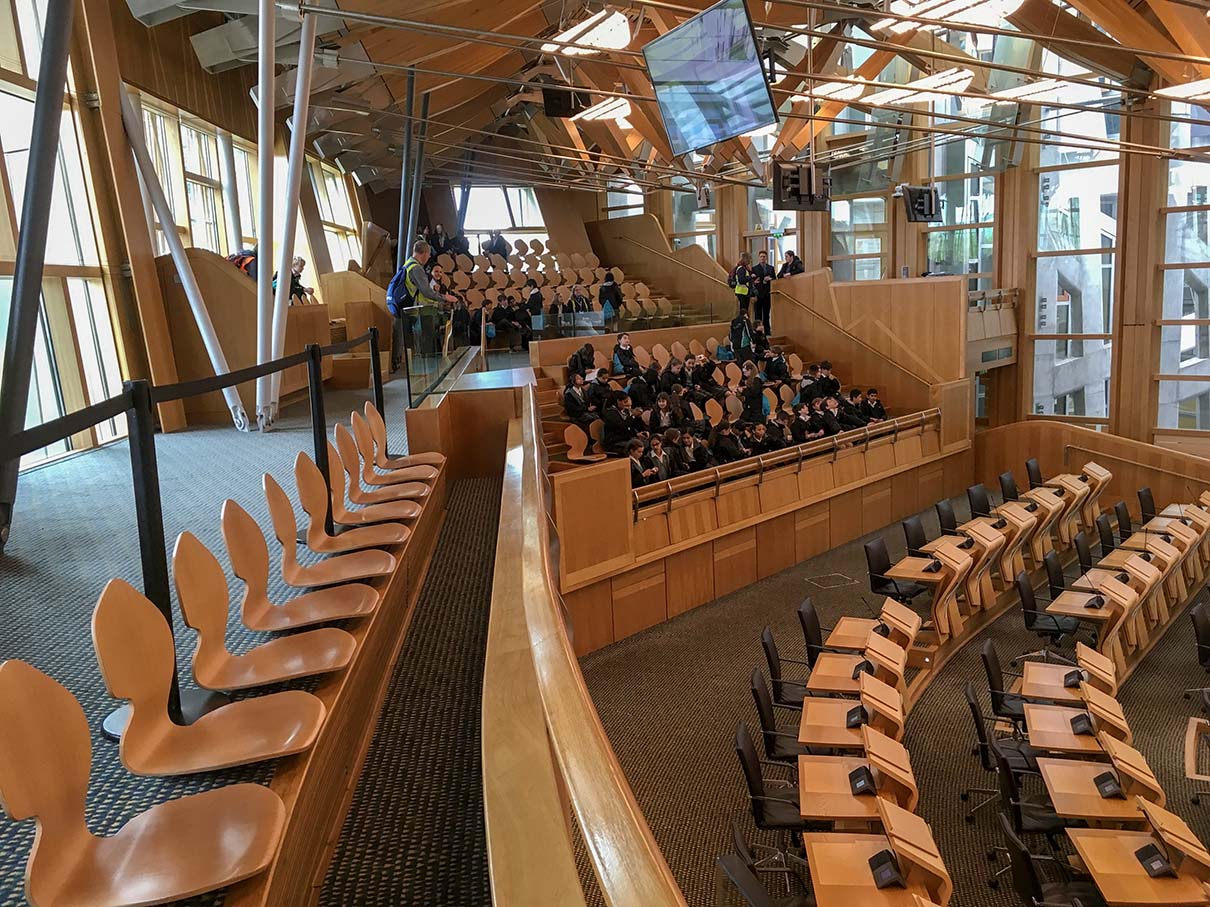 “I found out a lot about how Scotland wanted independence but I was shocked when in 1500 AD they banned football!” Andrey 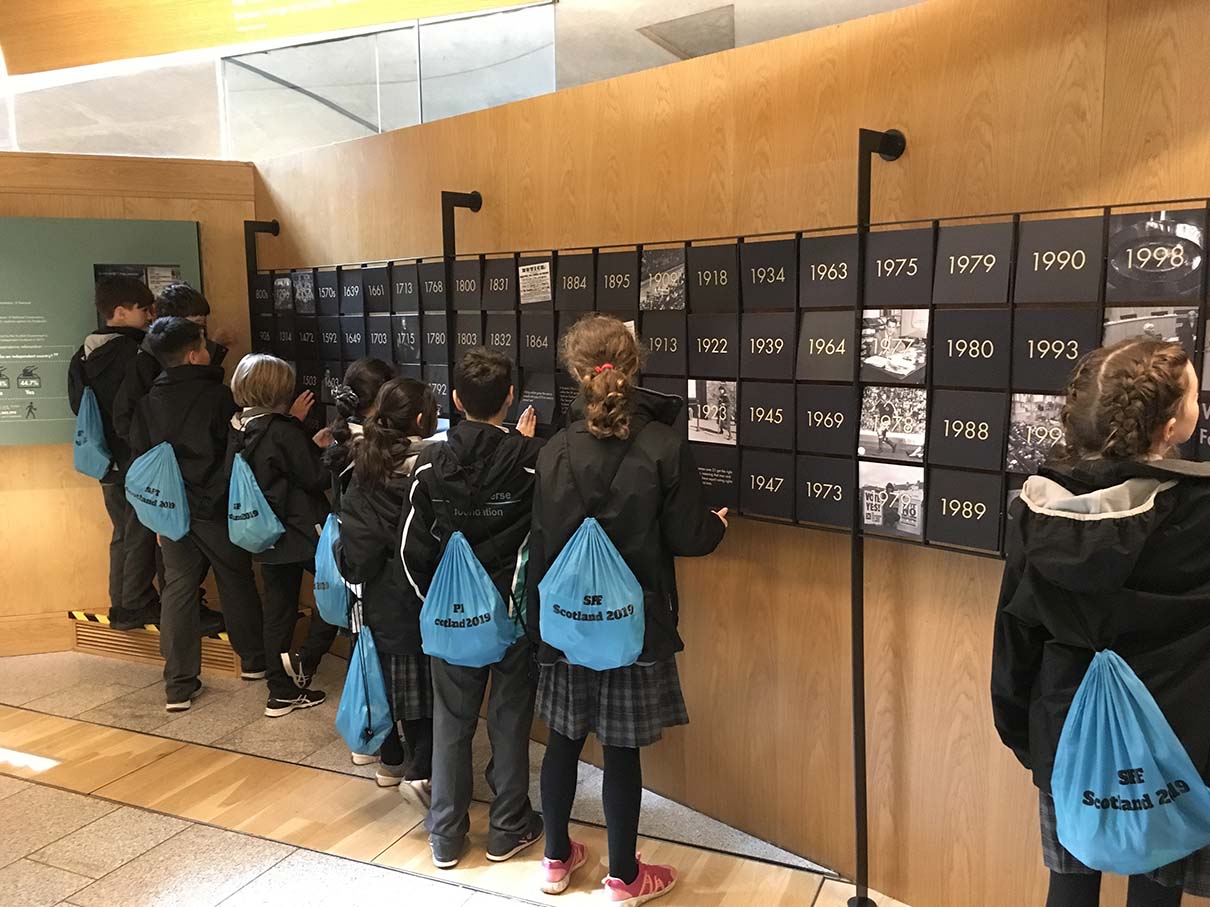 “When I walked in, I could see Scottish Parliament has a feeling of business yet there were tourists snapping pictures everywhere.” Isla 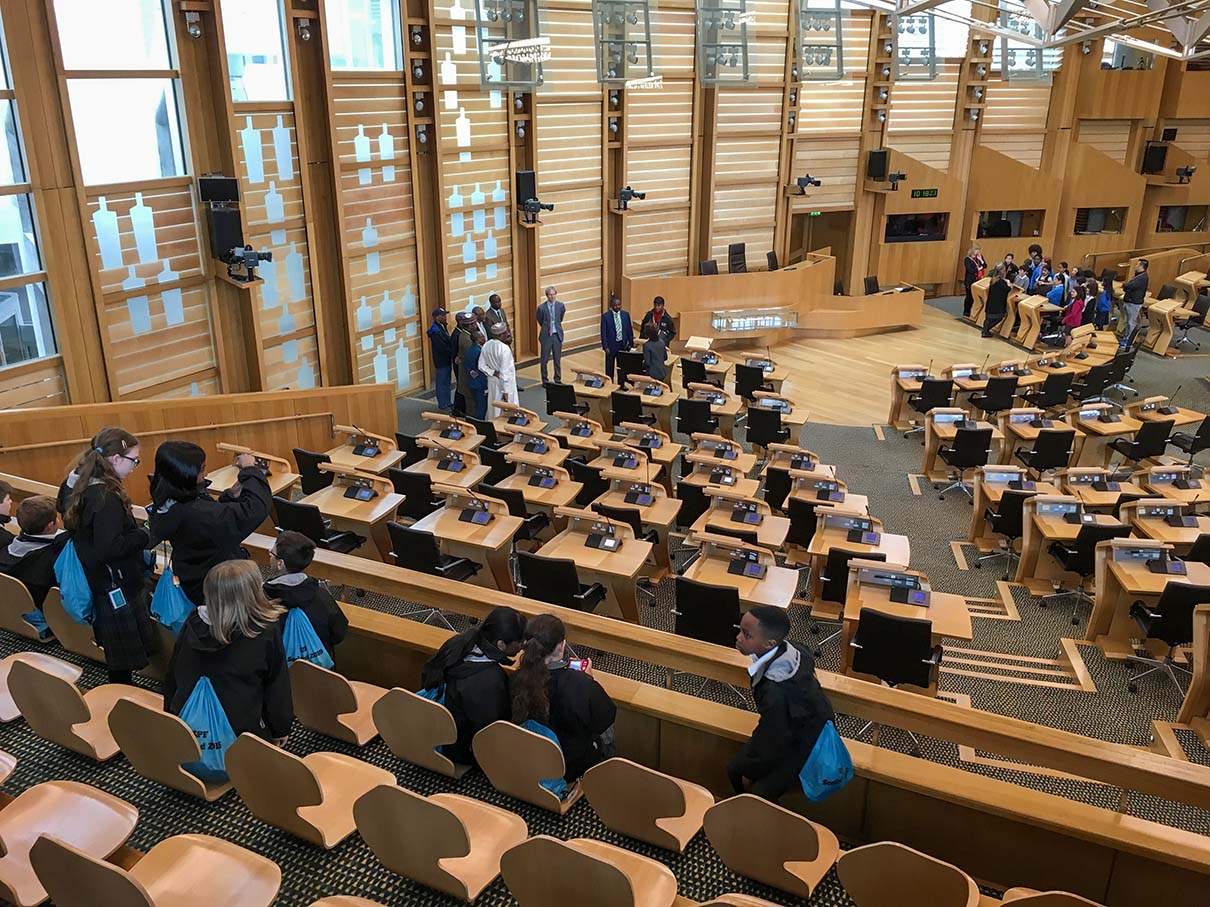 “The design and architecture of the building are breath taking and spectacular!” Harry 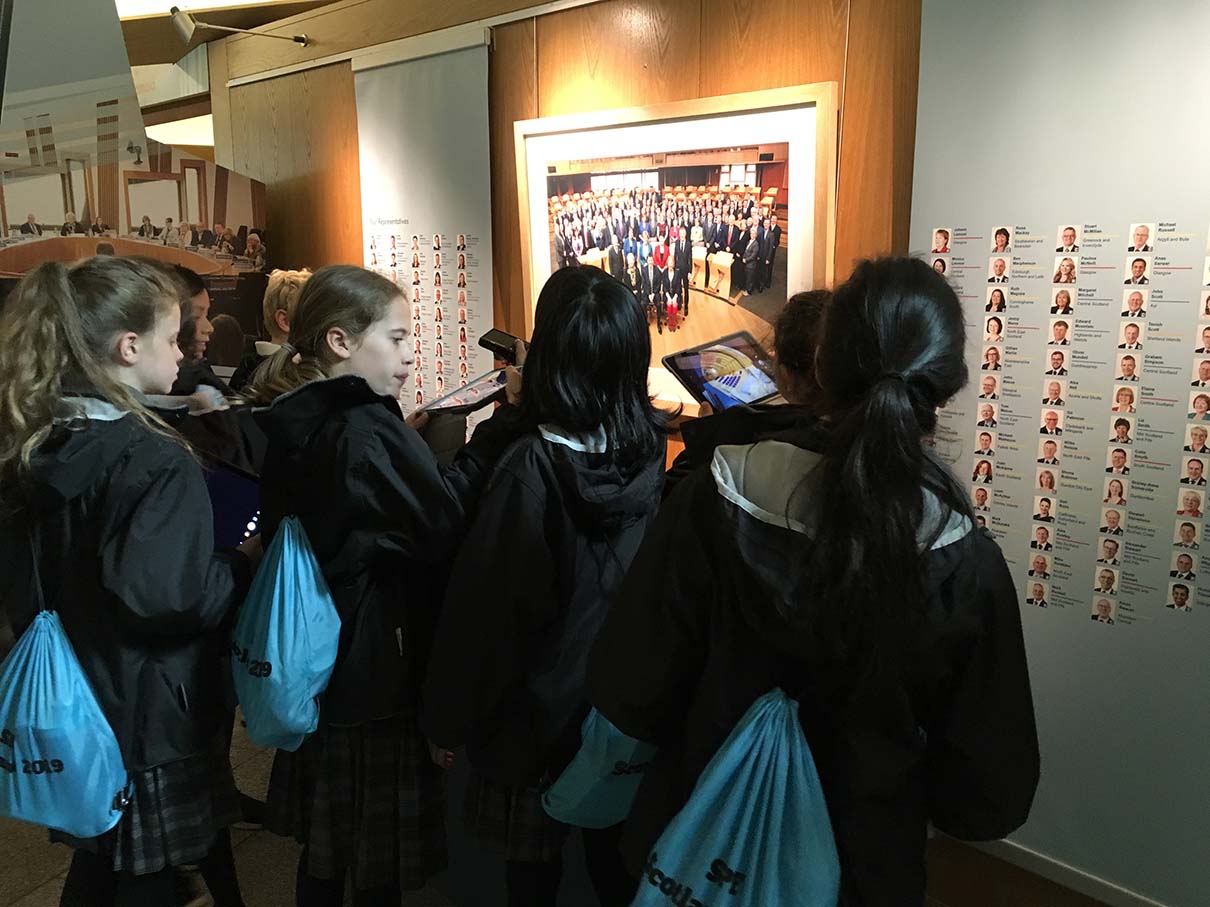 “It was a great experience and I would definitely recommend my family to go there.” Katie 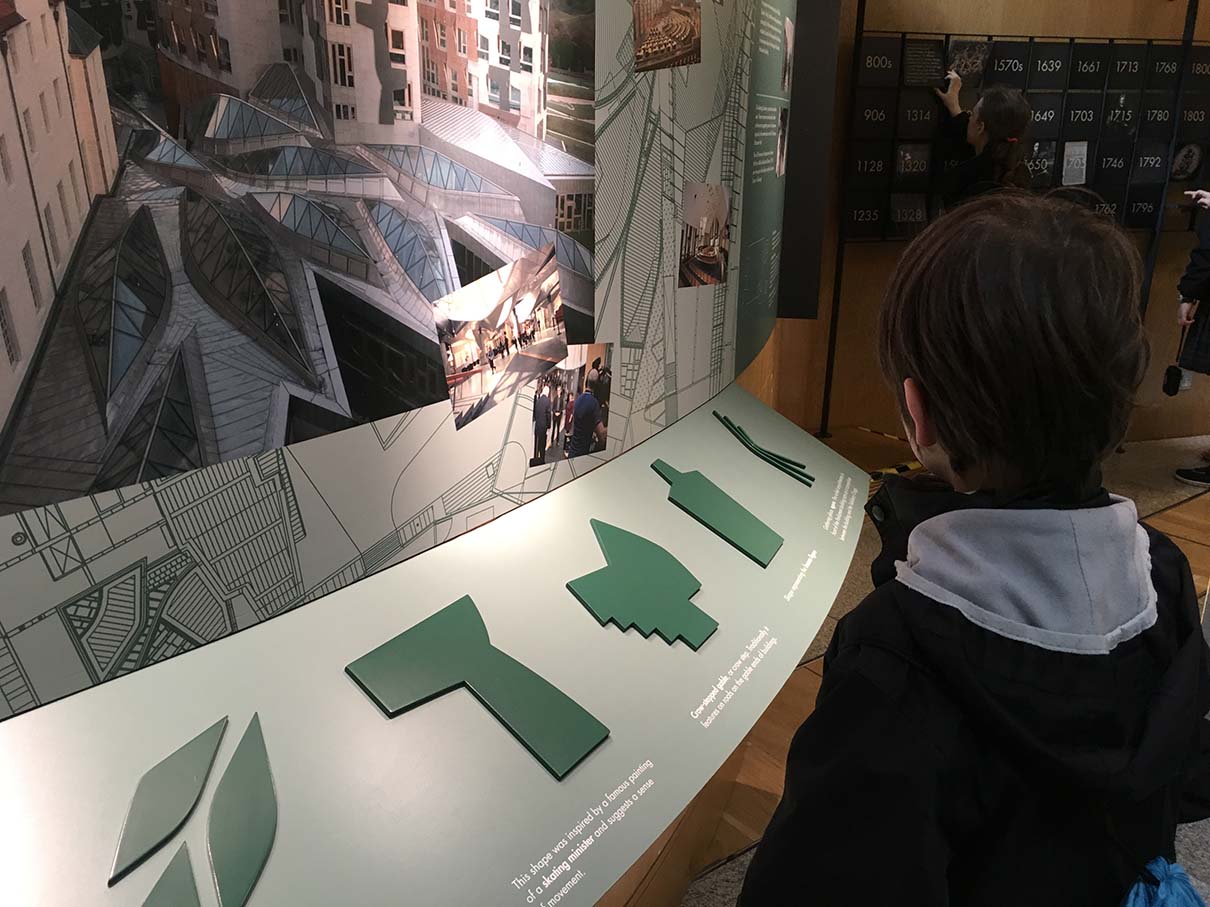 “I like how modern the Scottish Parliament is and how it has a main theme of upturned boats from a beach throughout the building.” Aoife

Dynamic Earth provides such a plethora of visual phenomena that it is almost impossible to choose a highlight. Year 6 pupils had been told in advance that a visit there is like nothing else on Earth, that it is a chance to experience the primeval forces of nature as they shaped our planet. 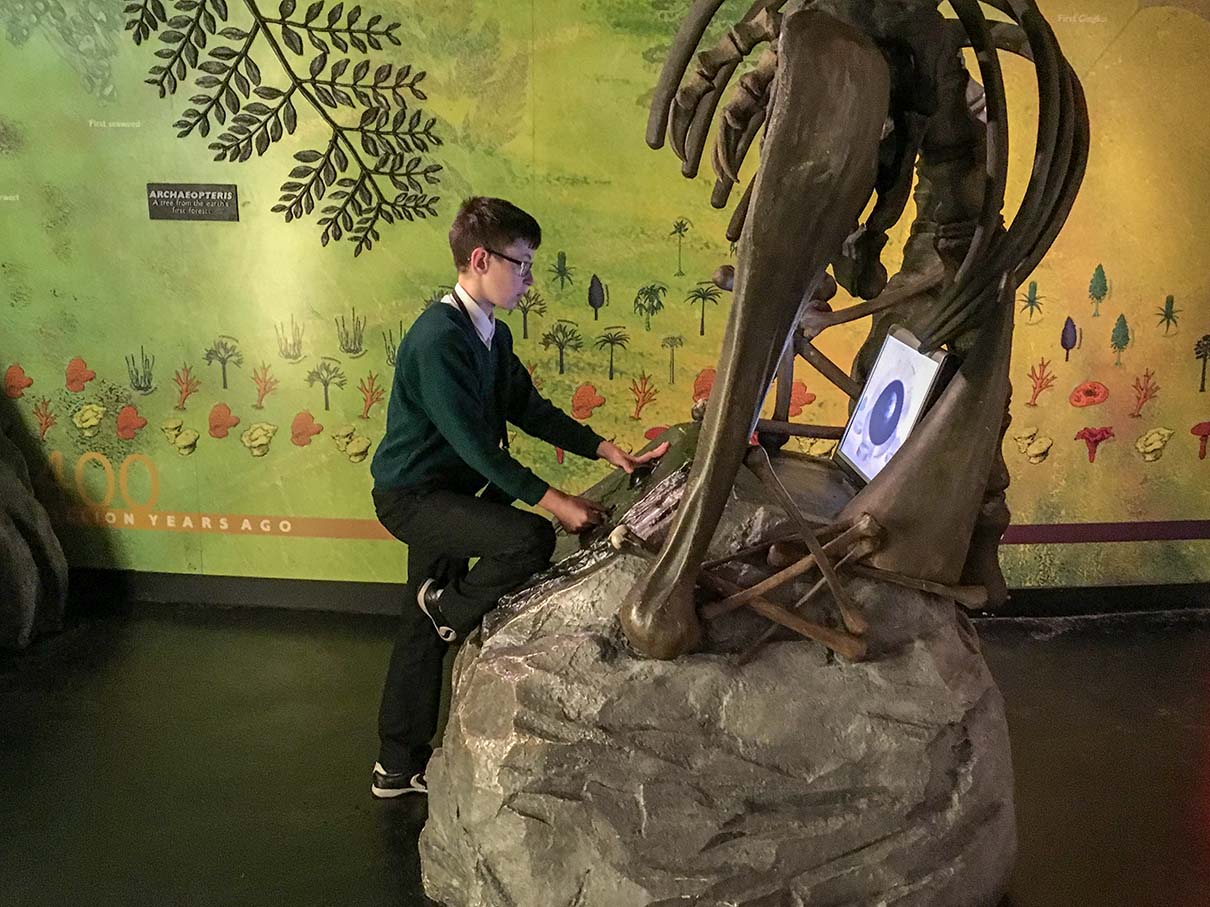 They travelled back to the beginning of time to witness the big bang first hand and then felt the ground shudder as a volcano exploded in front of them. Next, they were given the opportunity to learn about polar, tundra, rainforest, marine, temperate and savanna biomes before the final wonder. This took the form of a film shown in the Show Dome Cinema, with its 360 degree digital dome technology and thunderous surround sound. The film shown was the story of the Apollo space programme, one of humankind's greatest achievements.

“I loved learning about how the world was made and the first man in space.” Conor 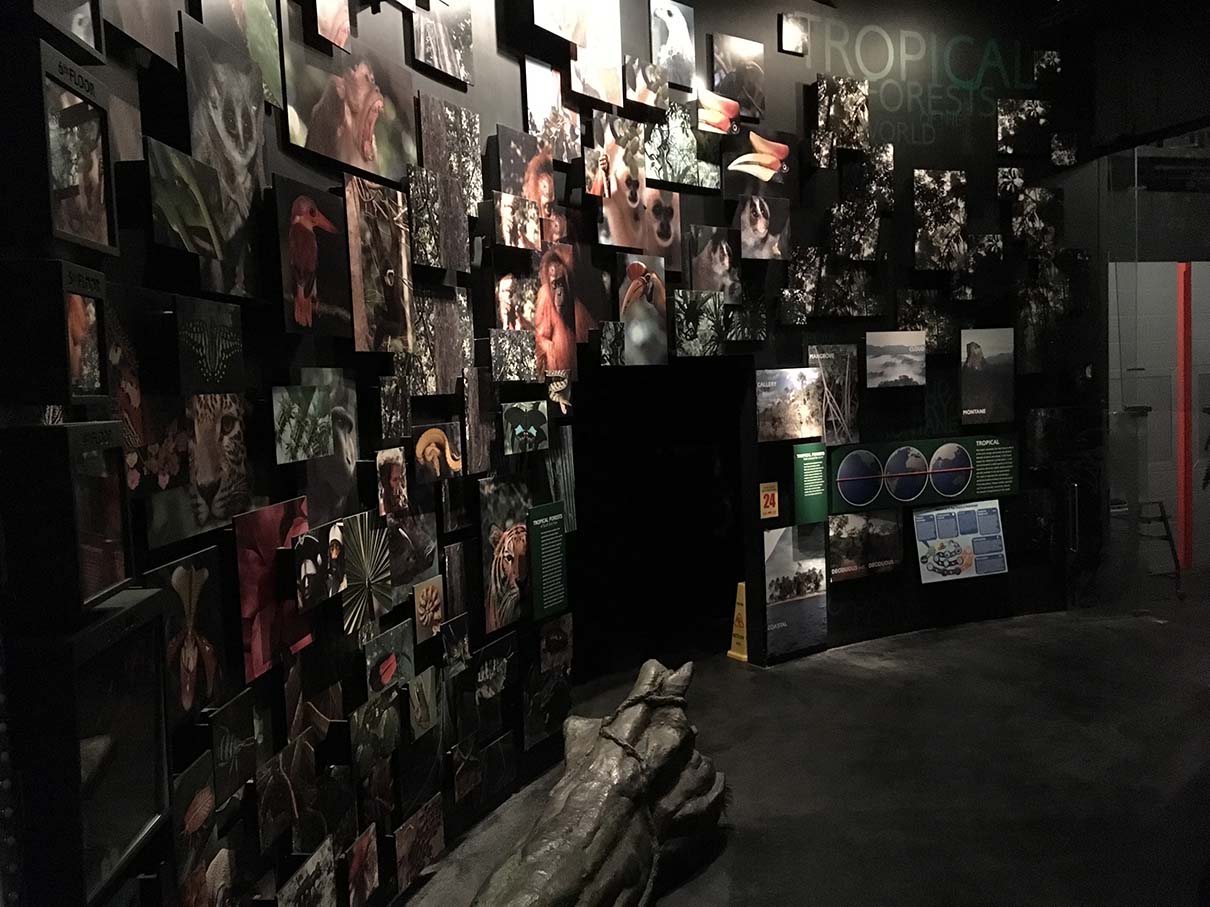 “I was very interested to learn that the Curiosity Rover sings ‘happy birthday’ to itself on Mars.” Alexandra 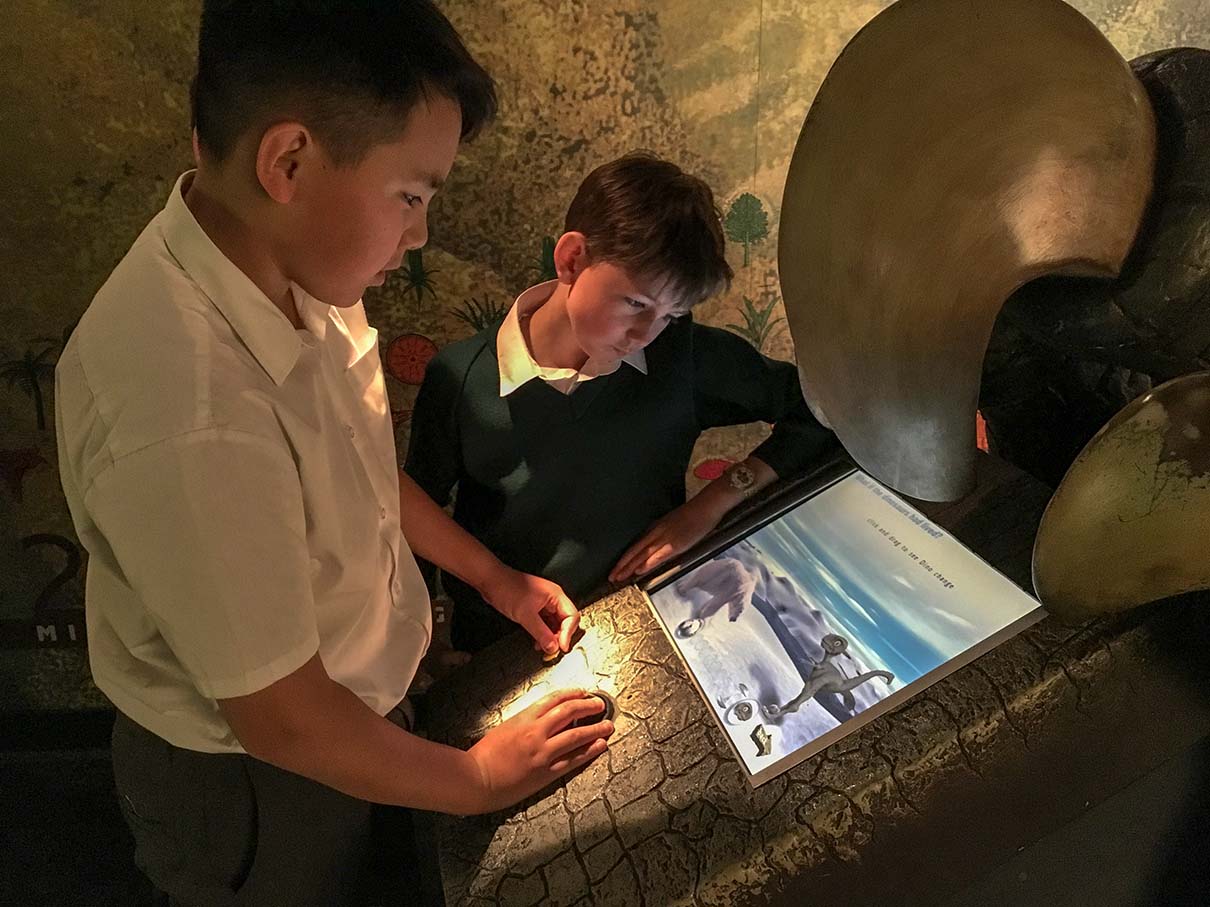 “I enjoyed learning about NASA because I didn’t realise how hard it was to land a rocket on the moon.” Eva

“I enjoyed going into the really cold room because there was a big block of ice there that was supposed to represent an iceberg.” Ollie

Year 6 left Dynamic Earth enthralled and walked to their next destination, Camera Obscura and World of Illusions, but not before taking in the majestic scenery of the extinct volcano, Arthur’s Seat, and partaking of a little Scottish shopping along the Royal Mile. Upon arrival at Camera Obscura, Year 6’s minds were blown away with the vast number of fascinating, interactive and hands-on optical illusions, tricks and fun things to do, including a vortex tunnel, mirror maze and shrinking room. Everywhere they looked there were things to see and experience, touch and play with, as well as stretch their computational thinking to solve puzzles and patterns. They had a fantastic cross-curricular experience and saw Science and Design Engineering in action. They enjoyed the unique 360 degree panoramic views over the historic city of Edinburgh from the fascinating Camera Obscura and appreciated the impressive Science behind this clever instrument. Year 6 loved exploring the different camera angles and seeing how lenses and perspectives can be created. This visit brought many laughs and created great memories of their trip to Scotland. 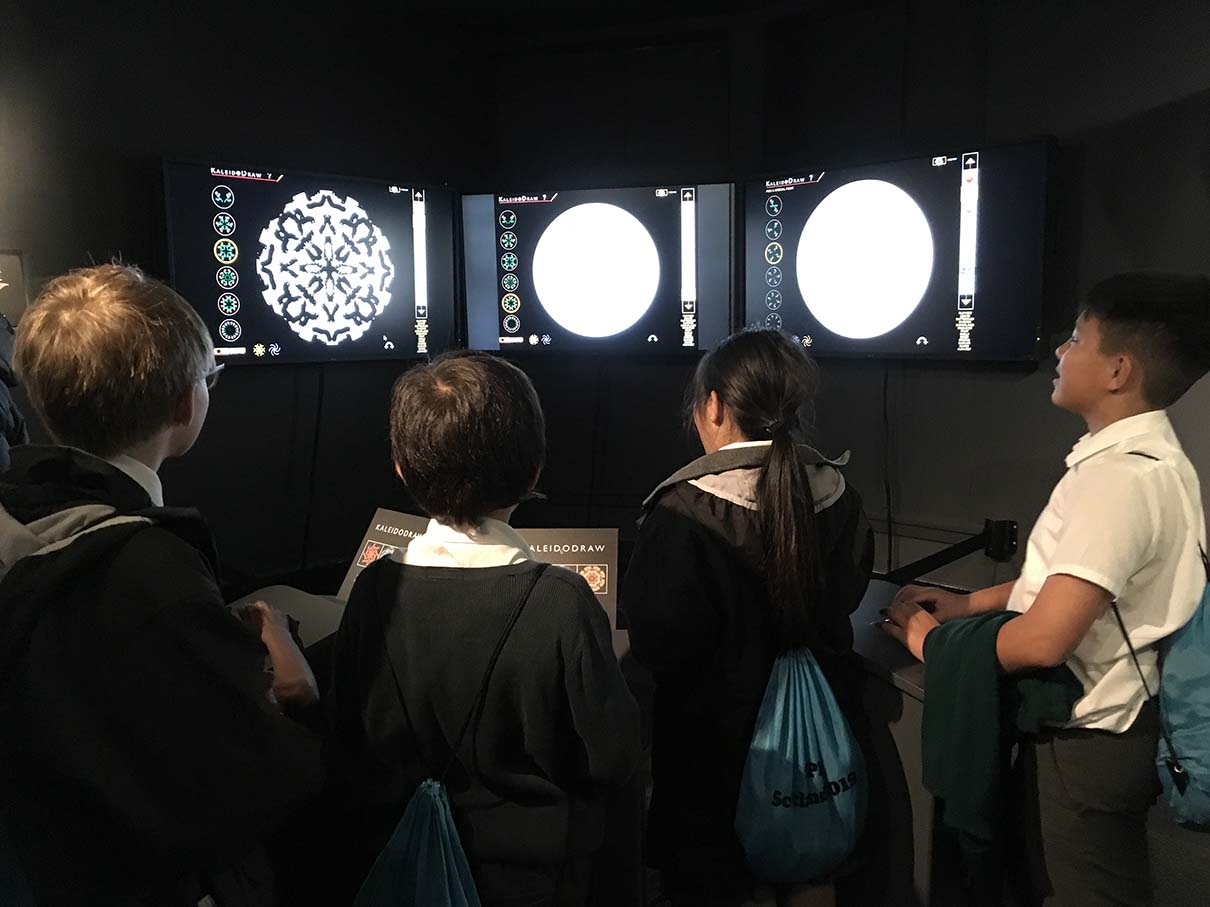 “We arrived at the Camera Obscura and World of Illusions and went to the first floor to find the most amazing things in the world. My highlight was the vortex wheel tunnel.” Clemmi 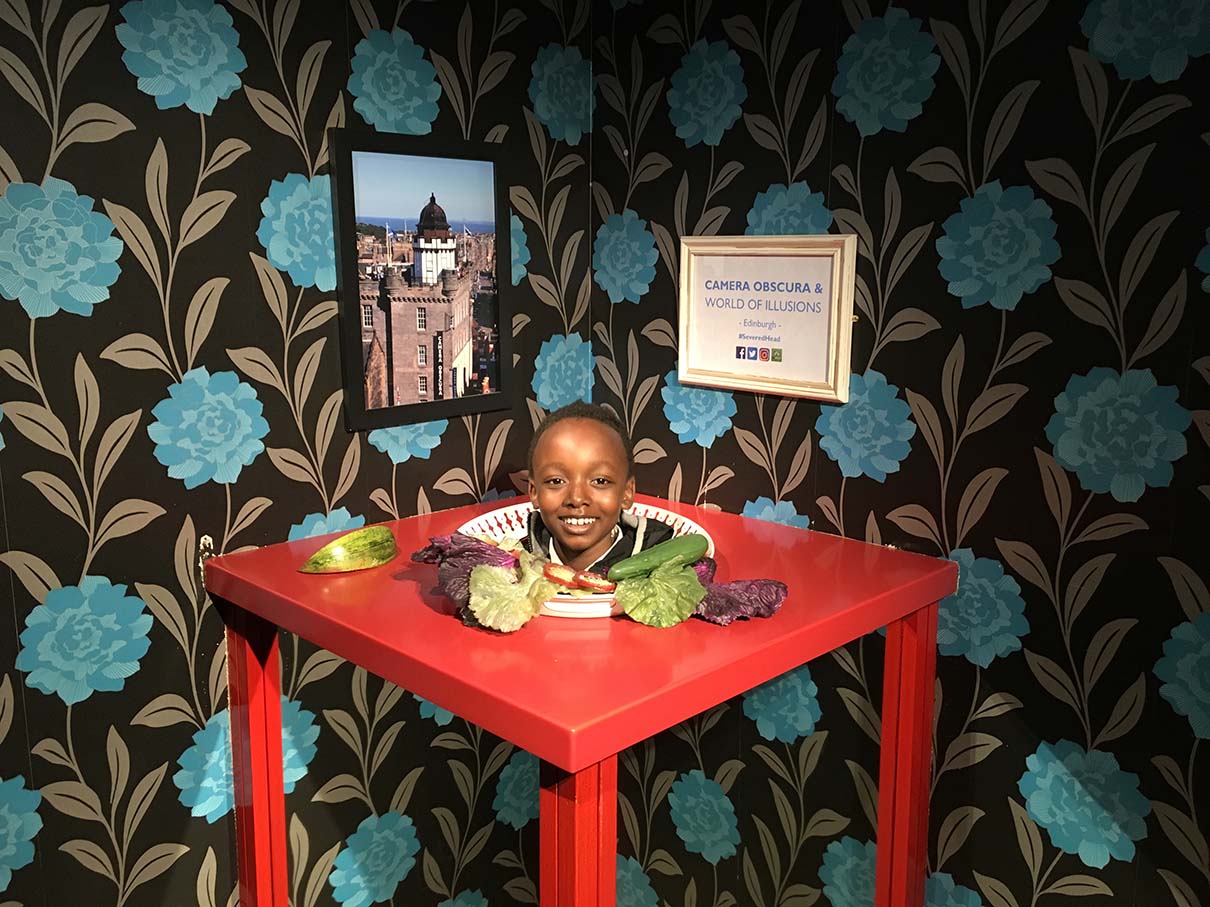 “I enjoyed this exciting and mind blowing experience. My favourite part was the 3D vortex because it felt like you were spinning when you were not.” Ray 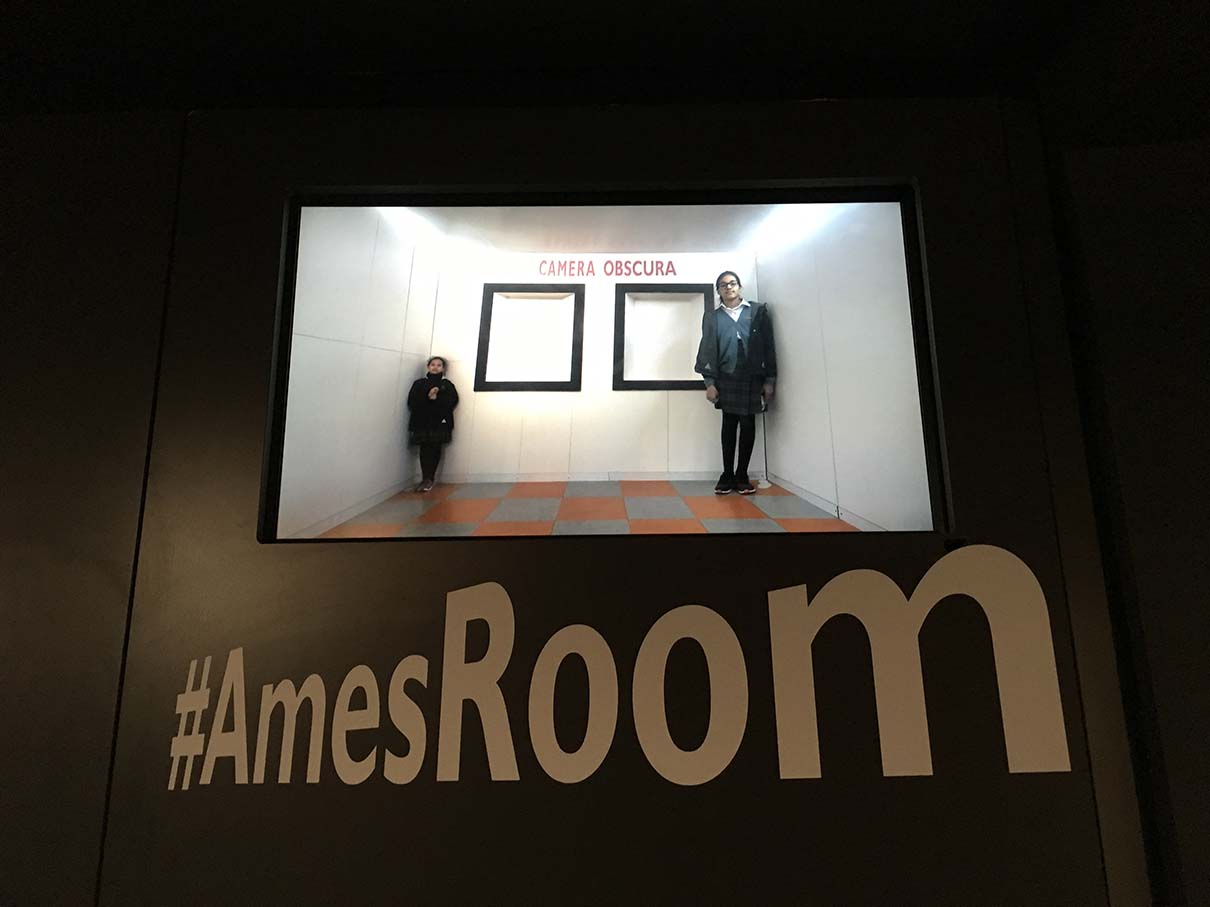 “I loved every single moment of it, especially the Mirror Maze. It was amazing that you never knew where you were going to turn up.” Noah 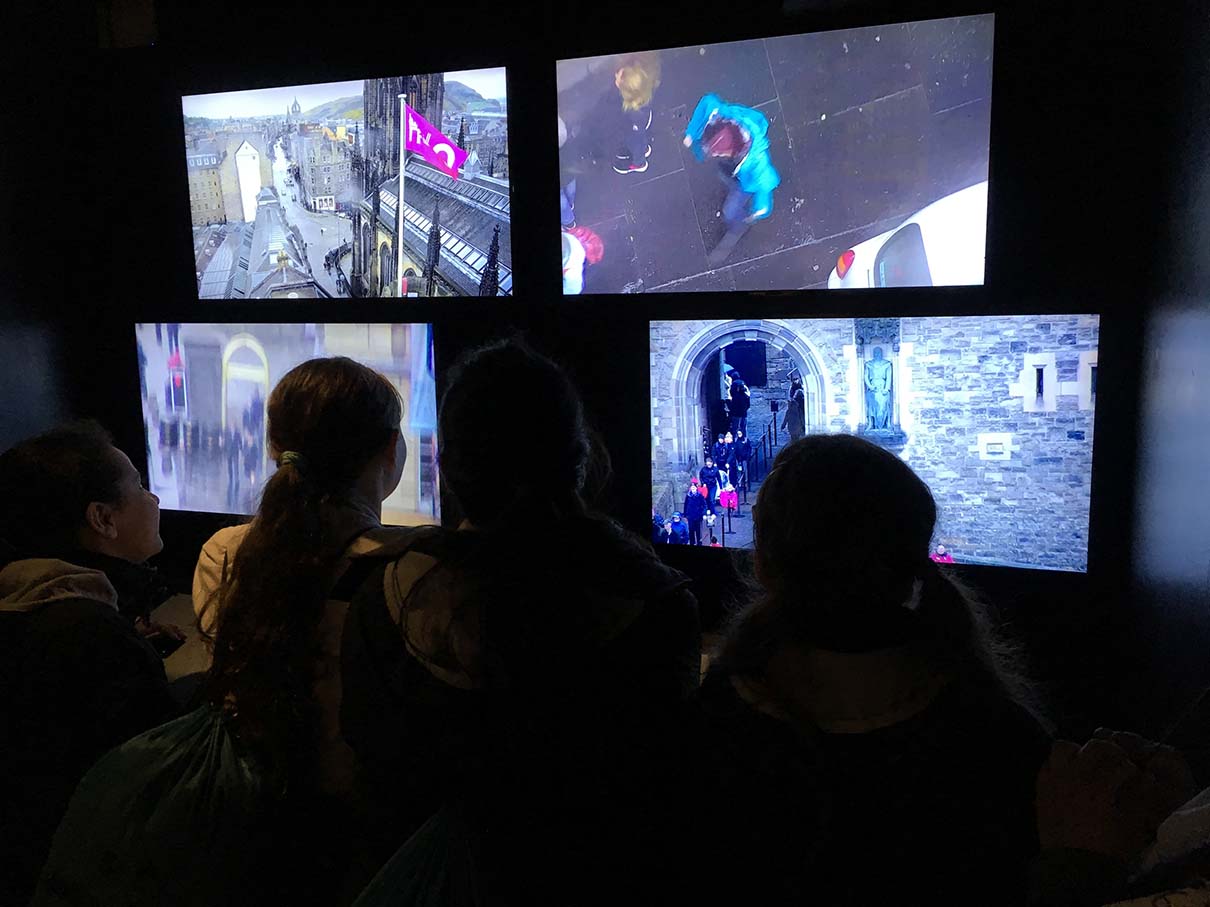 “My favourite thing was Camera Obscura. I found it amazing that you could make a sort of 'camera' with absolutely no electricity, only sunlight, mirrors and lenses.” Neha S

Our final destinations, before returning to Cambridge, were the magnificent Falkirk Wheel and the breathtaking Kelpies. The wheel is an outstanding feat of engineering and Year 6 pupils were lucky enough to see it in action. They watched in awe as a barge was lifted 35m up to the canal above their heads. 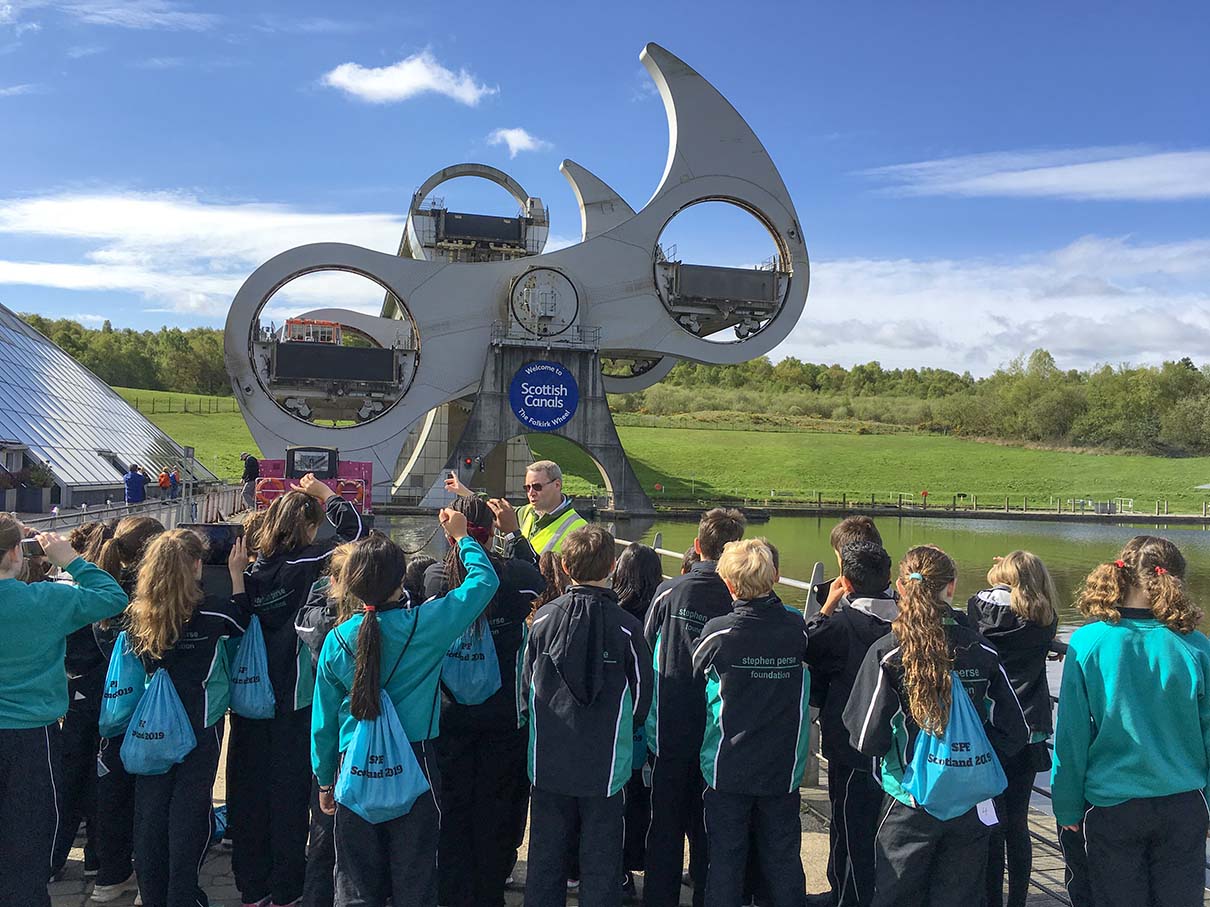 “I found the mechanism of how it works absolutely fascinating.” Jerome

The Kelpies were equally impressive, towering above Year 6 pupils on the ground. What an inspiring, artistic installation! 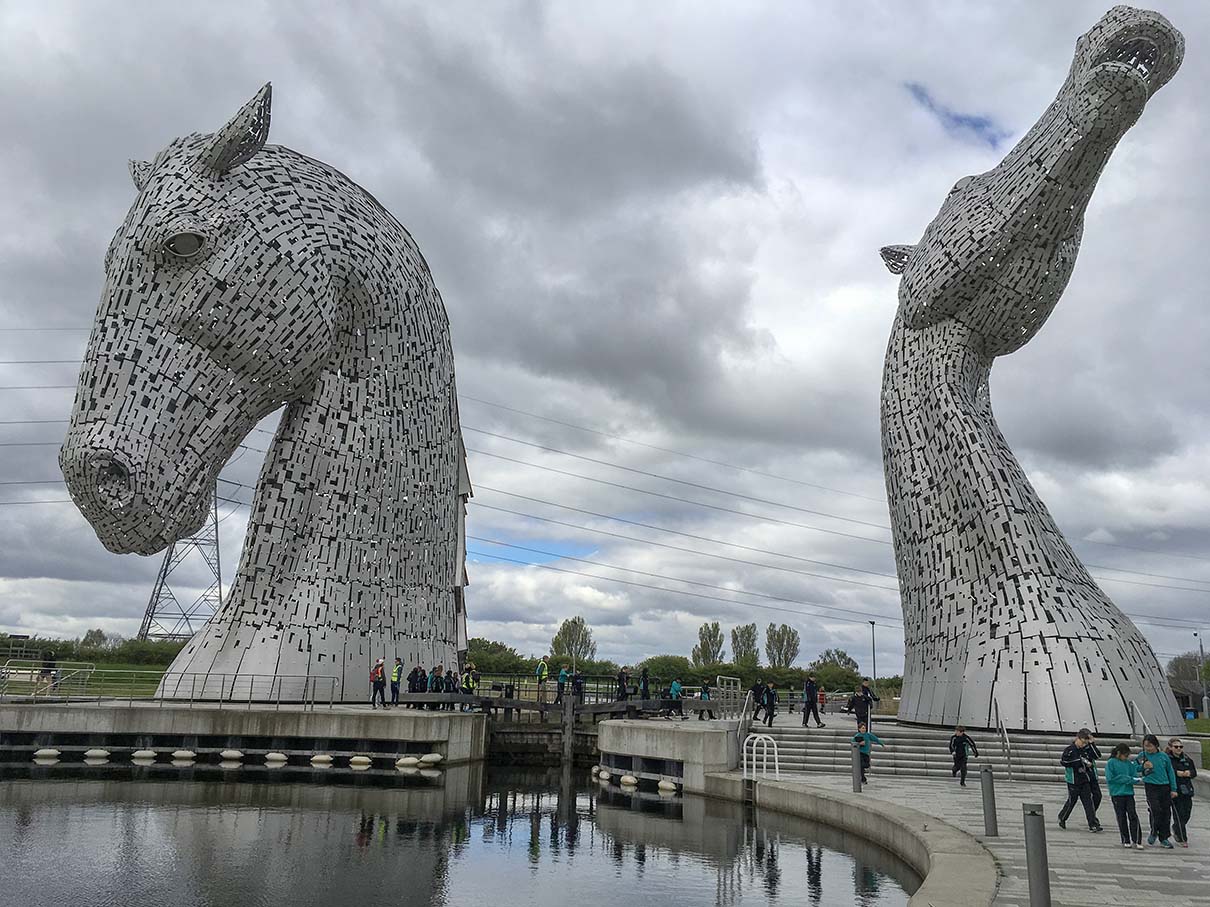 “Did you know that the metallic Kelpies are hollow and were inspired by the tall, distinguished real horses, Duke and Baron?” James 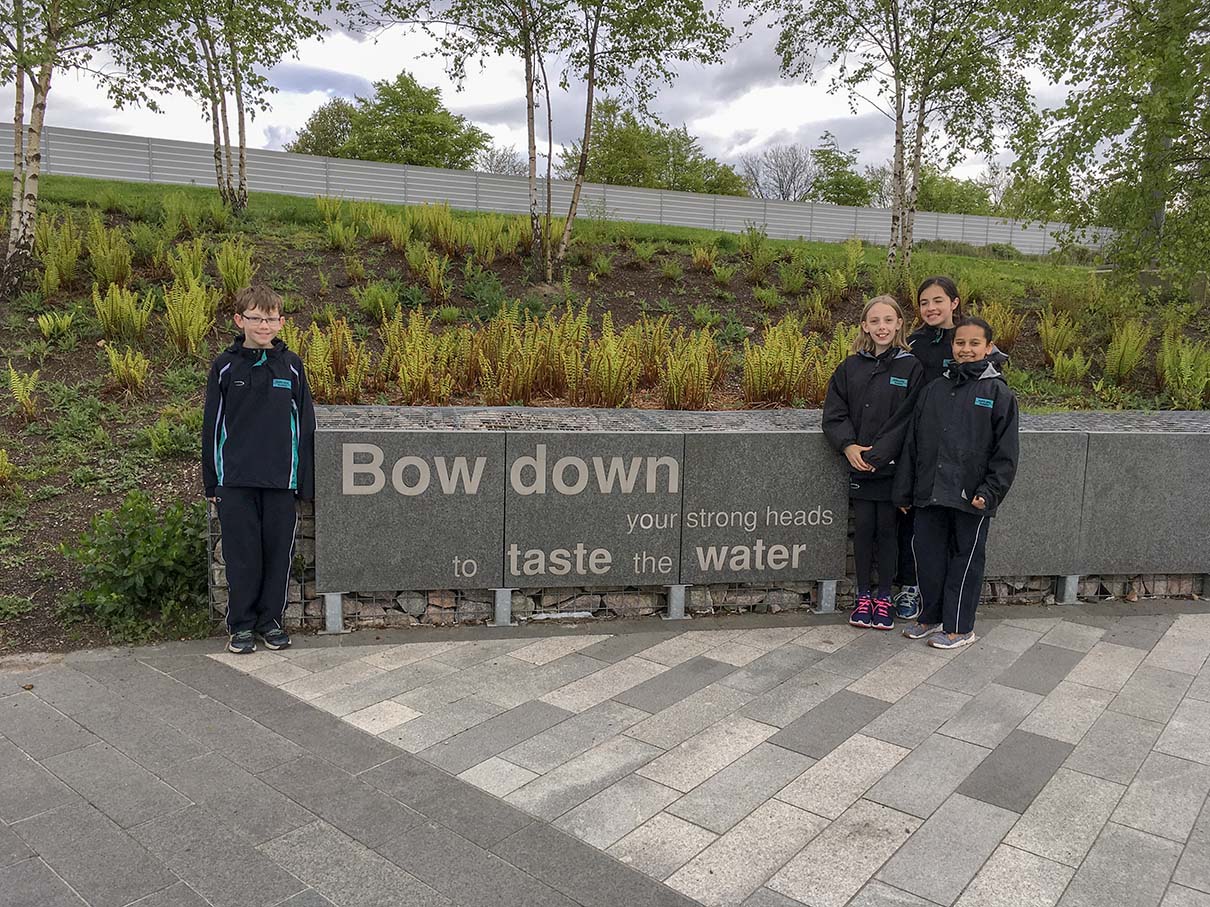 So many skills were practised throughout this residential week, from organisation and compromise to research and resilience. The staff members accompanying Year 6 were tremendously impressed by the behaviour, manners and good humour of the pupils whilst in Scotland - they were a real credit to the school and to their families.