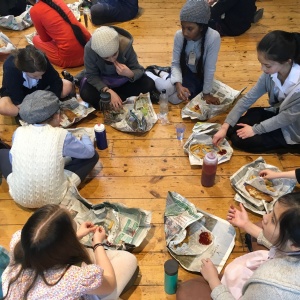 Following on from our stimulating collaborative day at Bletchley Park and as past of our WW2 topic, Junior School Year 6 pupils were evacuated to Dame Bradbury's in Saffron Walden to spend time with their counterparts at Dame B’s on Tuesday 21 February.

Dressed in outfits appropriate for the era and upon arrival, the children were introduced to their family group as if they were meeting their billeted families for the first time. To break the ice, this was followed by an exhilarating game of Pictionary using key WW2 vocabulary such as Hitler, ration book, Winston Churchill, Spitfire and Anderson shelter. 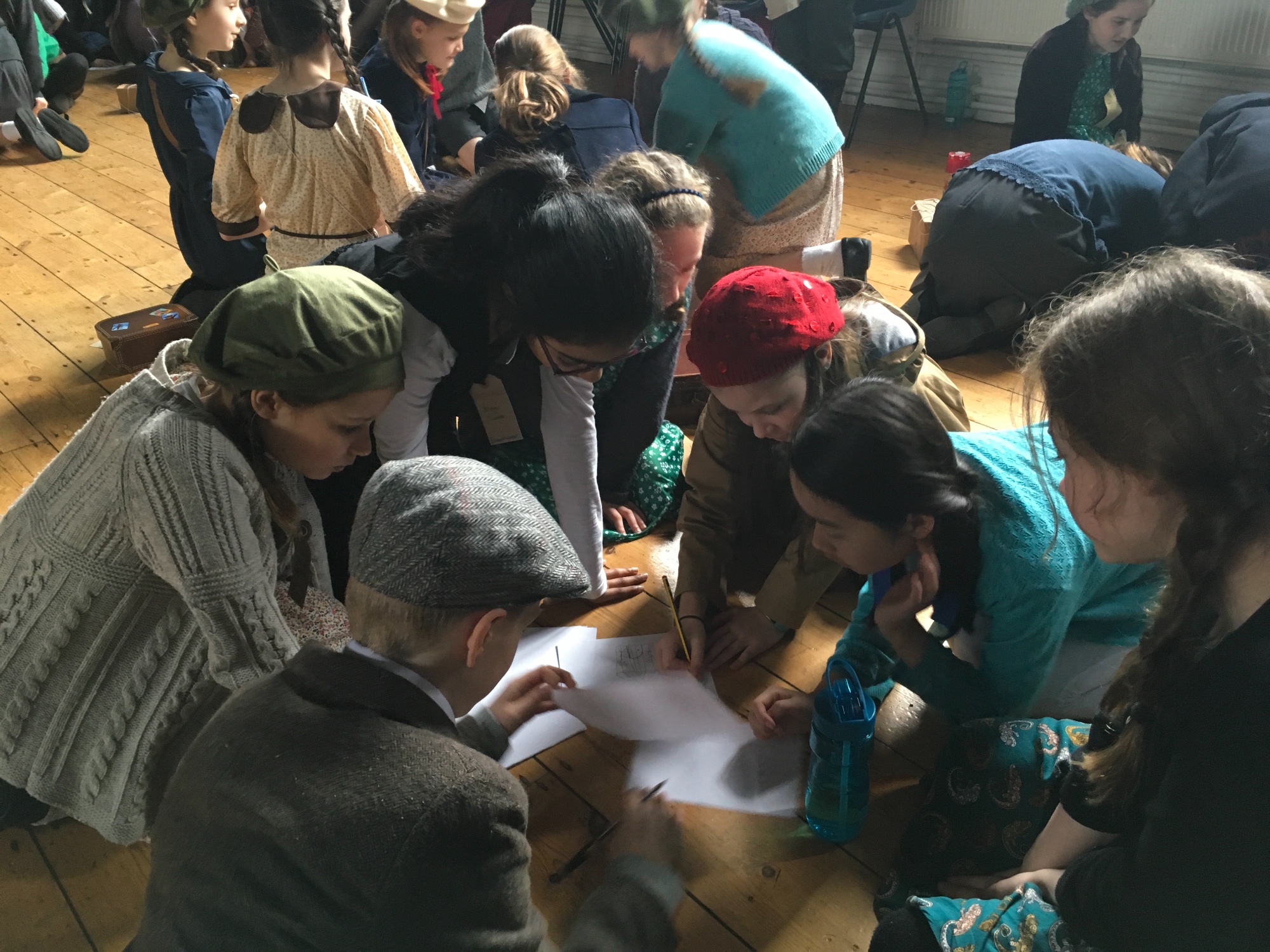 Next, Neville Chamberlain’s declaration of war was played for all: It was amazing to hear how Mr Chamberlain declared war on Germany after they invaded Poland. Lucy AM

The families were then split into two groups, one of which went off to play Call My Bluff with Mrs Long and Mrs Vagh. The other group had the opportunity to make some toys out of wire, paper and cork. These resources would, of course, have been found in houses during that time and the children were asked to consider the relevance of the Make Do and Mend philosophy from that era. Call My Bluff involved looking at photographs of WW2 artefacts, such as a headlamp cover, air-raid siren, darning mushroom, stirrup pump and an incendiary shovel. Would you be able to recognise these objects and come up with believable 'bluffs' about what else they might have been used for?

After handing in ration cards, we ate fish and chips from newspapers followed by delicious homemade biscuits for lunch. Our afternoon ended with a spectacular and wonderfully energetic lesson in how to dance the Lindy Hop!

"I danced with Sorcha - what fun!" 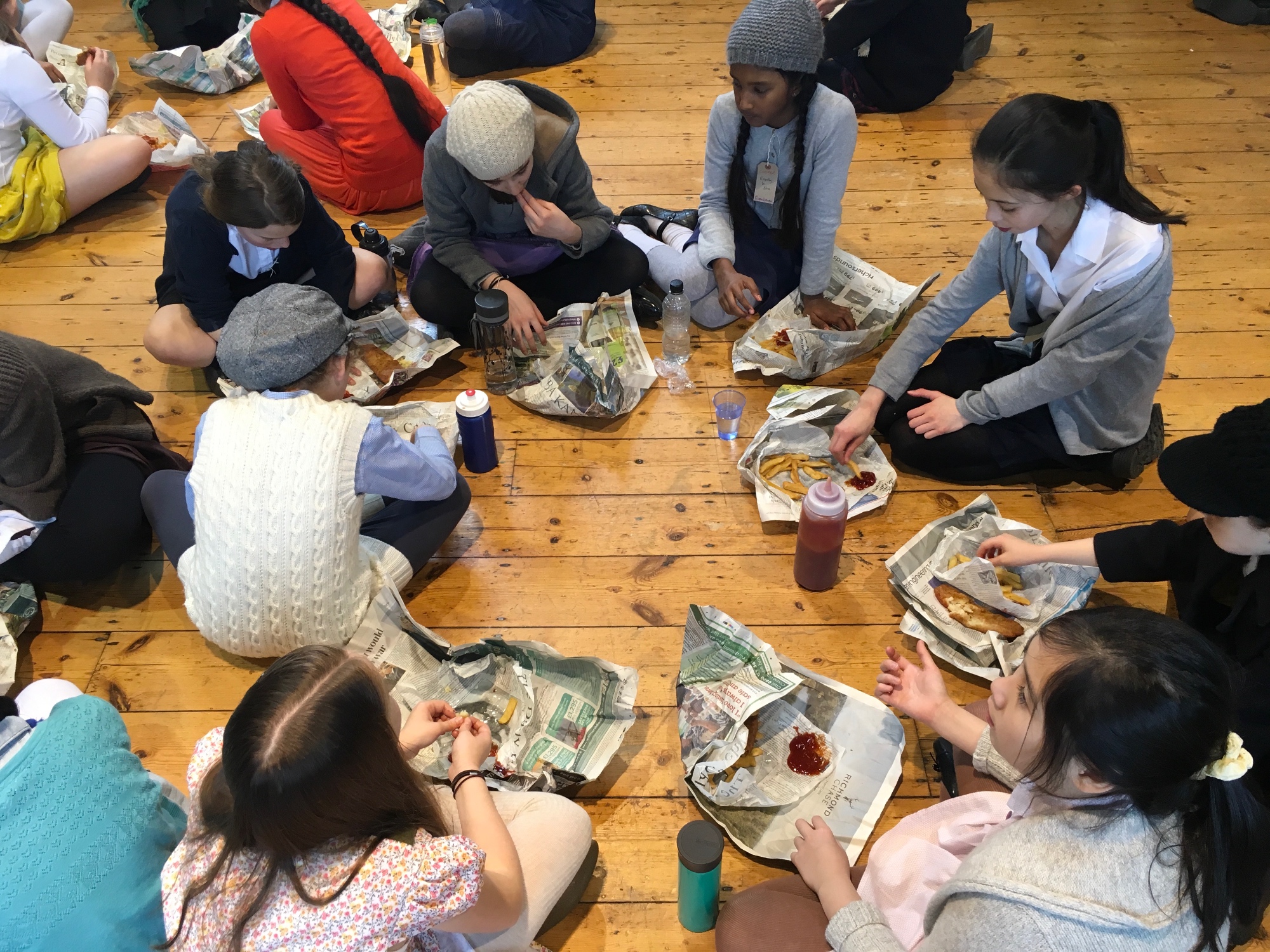 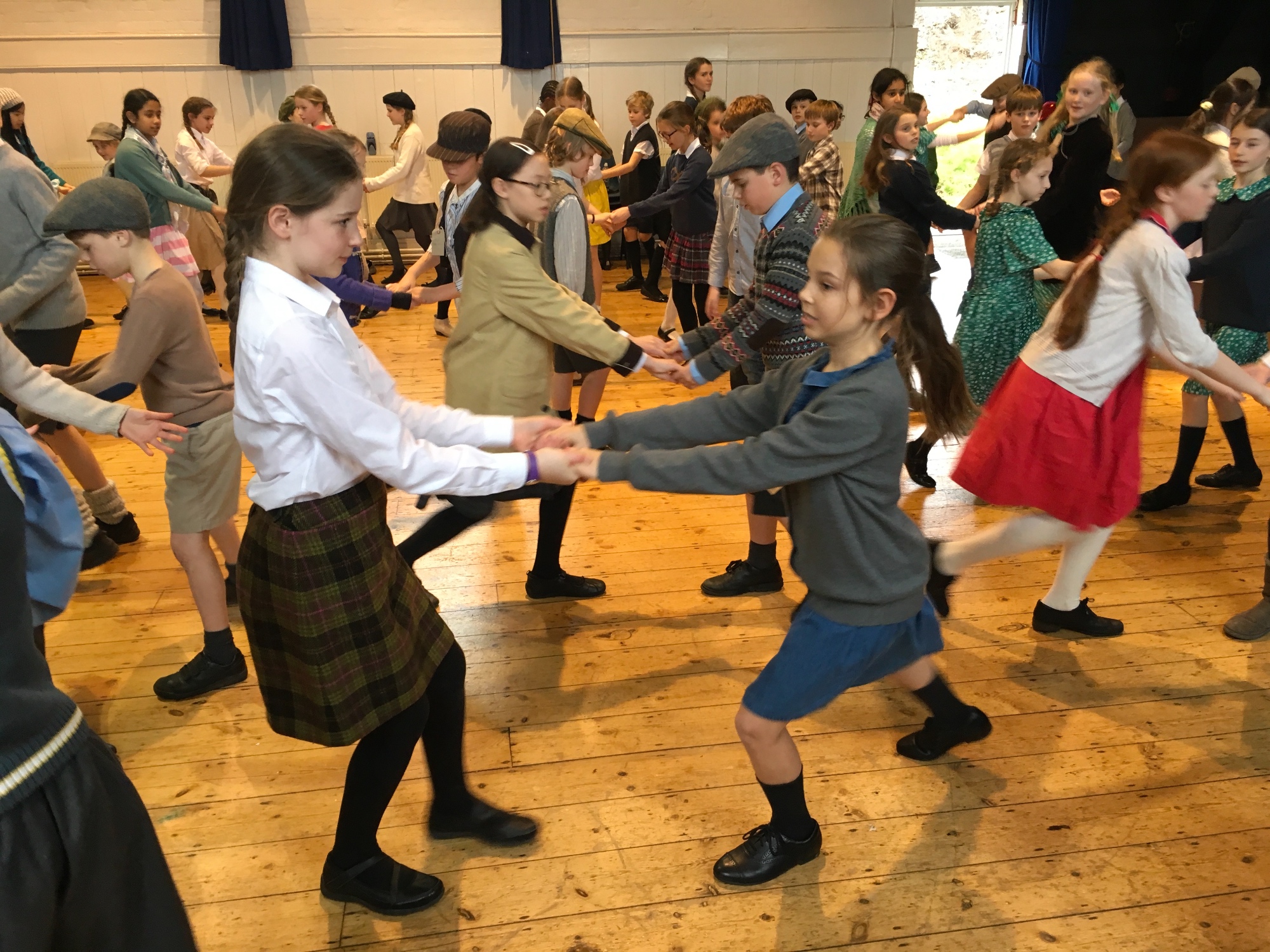 As part of their follow up work, Year 6 pupils were asked to consider how it would have felt to be evacuated during the war.

"I think evacuees would have felt scared about where they were going and about what might happen to their parents living in busy cities. They might also have felt excitement about going somewhere new mixed with sadness about leaving their families behind."

To maintain the links built up during the day, our Year 6s wrote letters in role as an evacuee in response to letters received from Dame B’s pen pals. Here are some extracts:

"Thanks for your last letter, I am glad you have settled in nicely. It sounds like your journey from the train station was pretty bad. My new home, Birch Cottage, was quite far from the station but Mrs White and her children, Michael and Elizabeth, came to the train station to meet me anyway! Don’t you think that was kind of them? Luckily, I had brought along a very thick coat and a large hat so I wasn’t affected by the wind too much. As soon as we arrived, Mrs White showed me the bedroom I would be sharing with Michael and brought me into the living room to have some piping hot soup and warm up near the fire. It was very cosy. Just before dark, we gathered around the fire and Mrs White read us tales about Kings and Queens. I remember Mother used to tells us similar stories." (Extract from letter to Hattie from Mabel S) 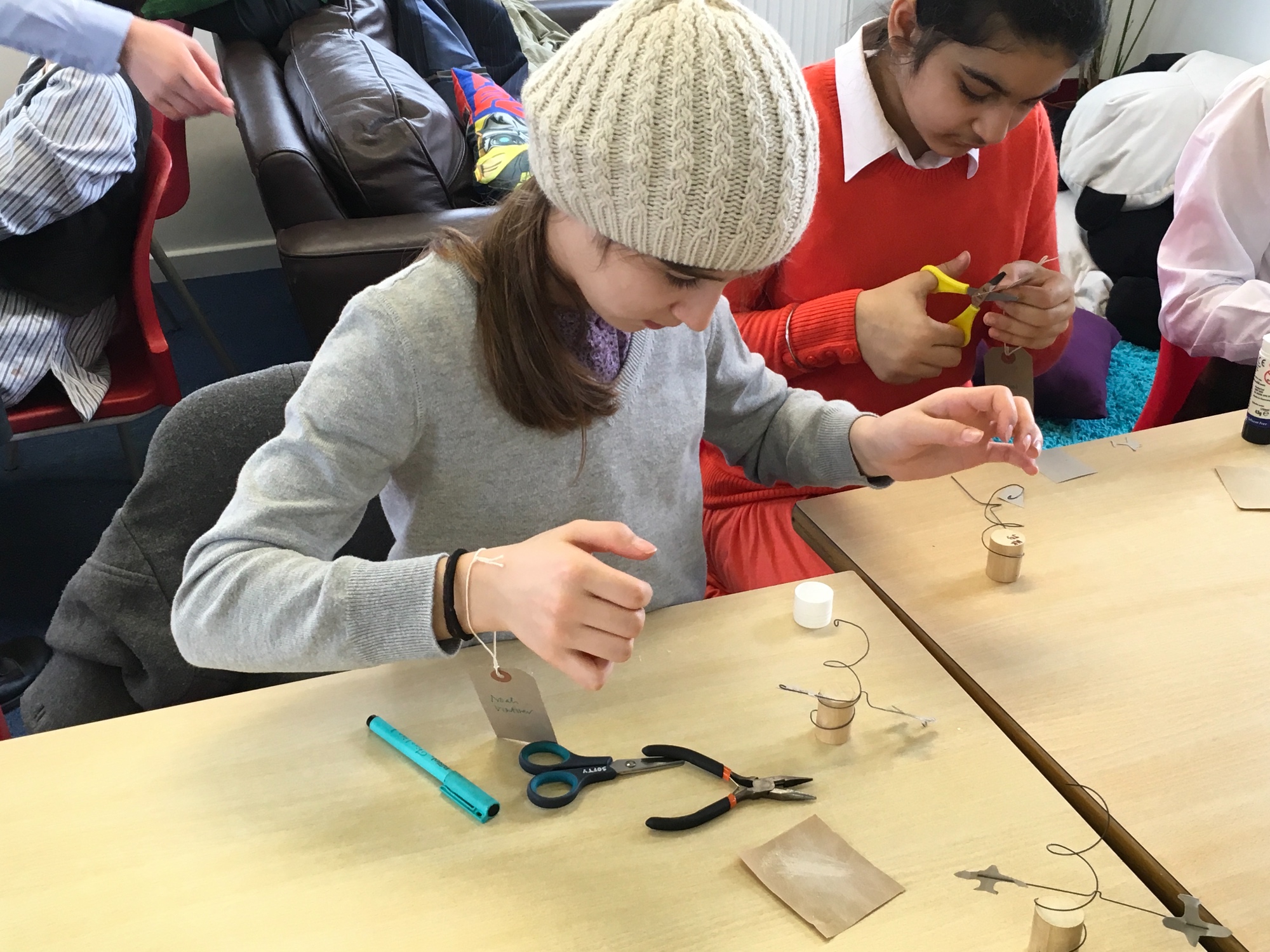 "I dread to think what is happening to poor Father, away at war. Mother has a job mending and making clothes for the soldiers away at war. Margaret and Sally, my twin sisters, are driving ambulances like Princess Elizabeth. Christmas was rather droll and all I got from Mrs Barris was a measly knife and a book on darning. (A joke, I think. I’m useless at darning!) We ate a goose for tea and had a traditional pudding for dessert, then tuned in at three p.m. to hear King George VI’s speech. Then we went to the town centre and everyone danced the Lindy Hop and a few waltzes (the waltzes were for the old people who liked a bit of sentimentality)." (Extract from letter to Larry from Julia M)

"It was so good to hear from you! We have an Anderson Shelter here; they are horrible, aren’t they? Anyway, today it was Sundaymso Mr Lancaster took us to church, where we prayed for all the soldiers at war. After church, we ate a magnificent meal of roast potatoes, cabbage, meat, peas and carrots. It was really yummy!  I really hope that maybe one day you could come up to Scotland and visit me! What would we do? It really is beautiful up here. Yesterday, Mr Lancaster showed me his new camera, and he let me take a few pictures of the sunset with it. I do hope you are doing well. See you back in London." (Extract from letter to Eloise from Lucy K)