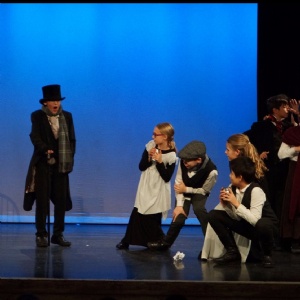 A fantastic performance of 'Ebenezer' from Year 6 this term, and just how many Scrooges were there?

Early in term our Year 6 pupils discovered that their final Junior School drama production was scheduled for December, rather than the traditional slot in June.

After the excitement of discovering that Mrs Marty, who would be directing the production, had chosen 'Ebenezer' (Malcolm Sircom's Musicline version of 'A Christmas Carol' by Charles Dickens) there was great anticipation before the announcement of the cast list. Who would have the part of Ebenezer Scrooge? 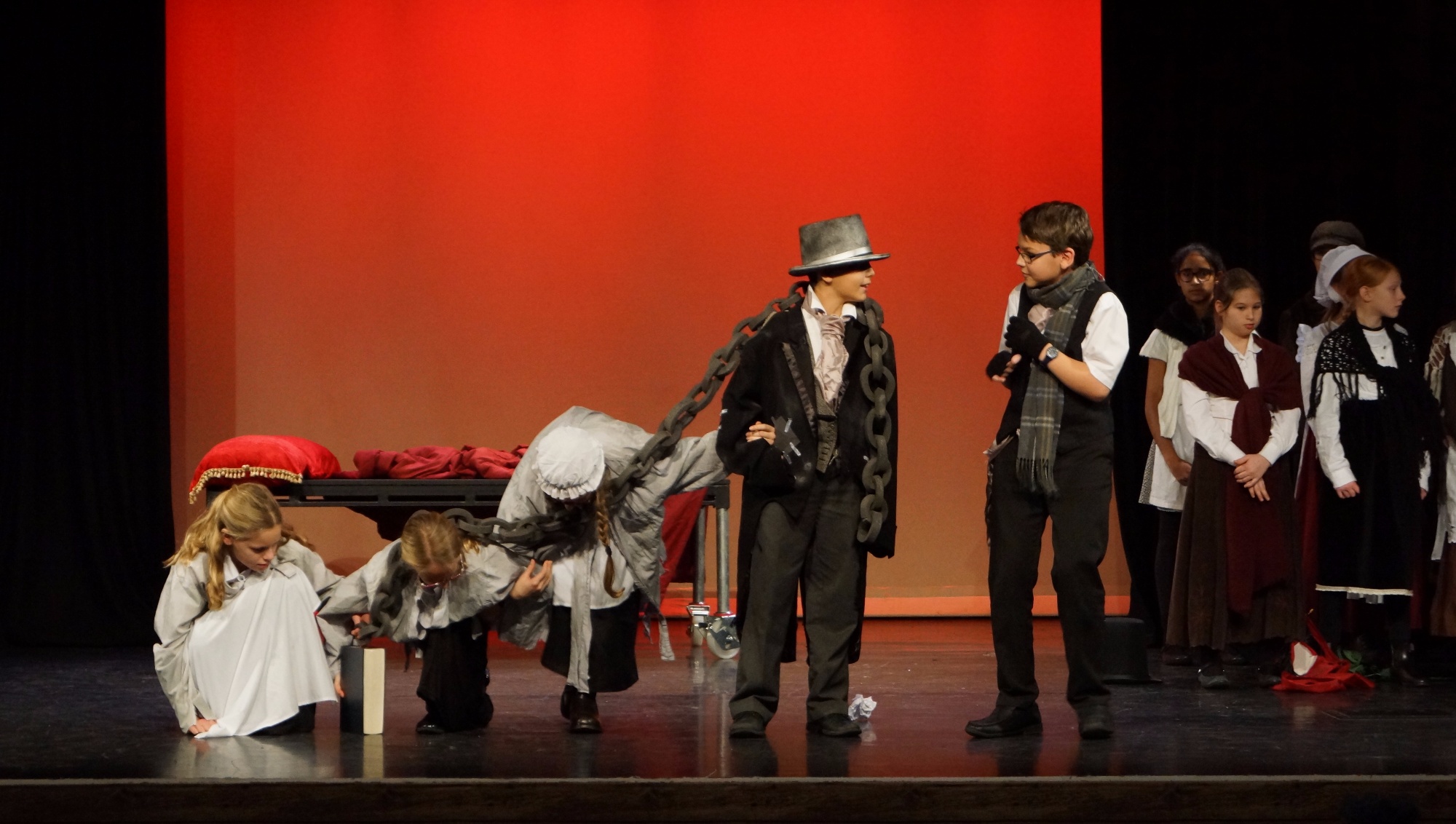 The answer was that three members of the year group shared this major role, and each proved to be an excellent choice. Alexey brought dramatic intensity to a very stubborn Scrooge at the beginning of the tale, Amelia F brought sensitivity and gentle humour to the role as Scrooge began to realise the possibility of leaving his old ways, and Ana showed remarkable skill as the story reached its conclusion and she had to work with an intimidatingly silent Ghost of Christmas Future. All three Ebenezers sang with confidence and conviction.

In addition to the central role, there were impressive performances from many other members of the year group - most notably Jonathan as Bob Cratchit, Abbey as the lead Charity Collector, Gor as Marley's Ghost and Ilaria who took on the role of the Ghost of Christmas Present, as a rapper, with enormous success. 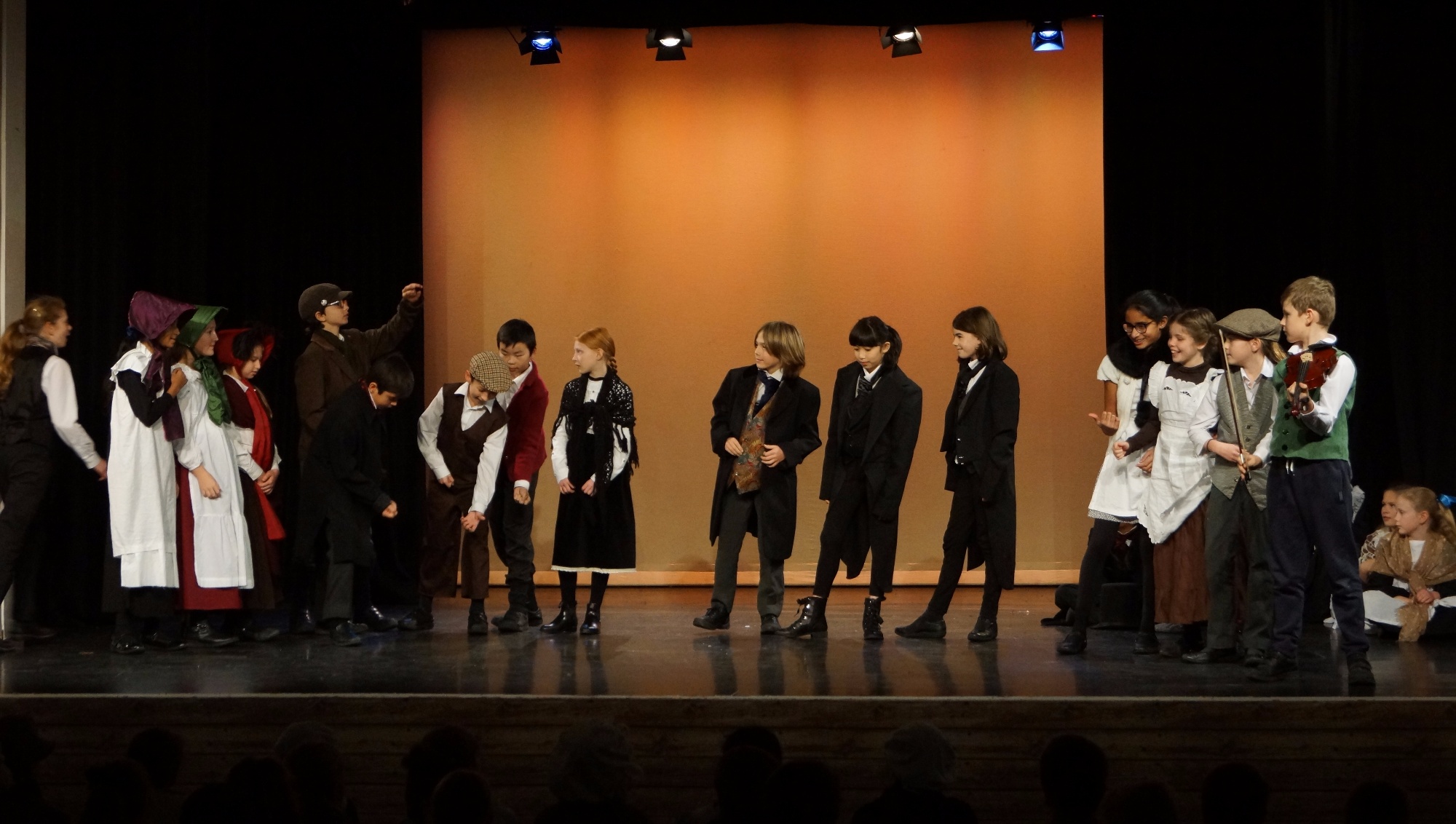 On Tuesday 5 December, the audience was treated to a fact paced, visually attractive and hugely entertaining production in the Senior School Hall.

It was wonderful to see every single member of the year group involved and they are all to be congratulated on outstanding individual performances, which involved superb acting, singing and dancing. It was obvious that they enjoyed the experience immensely - they should feel very proud of themselves for showing real focus and commitment. 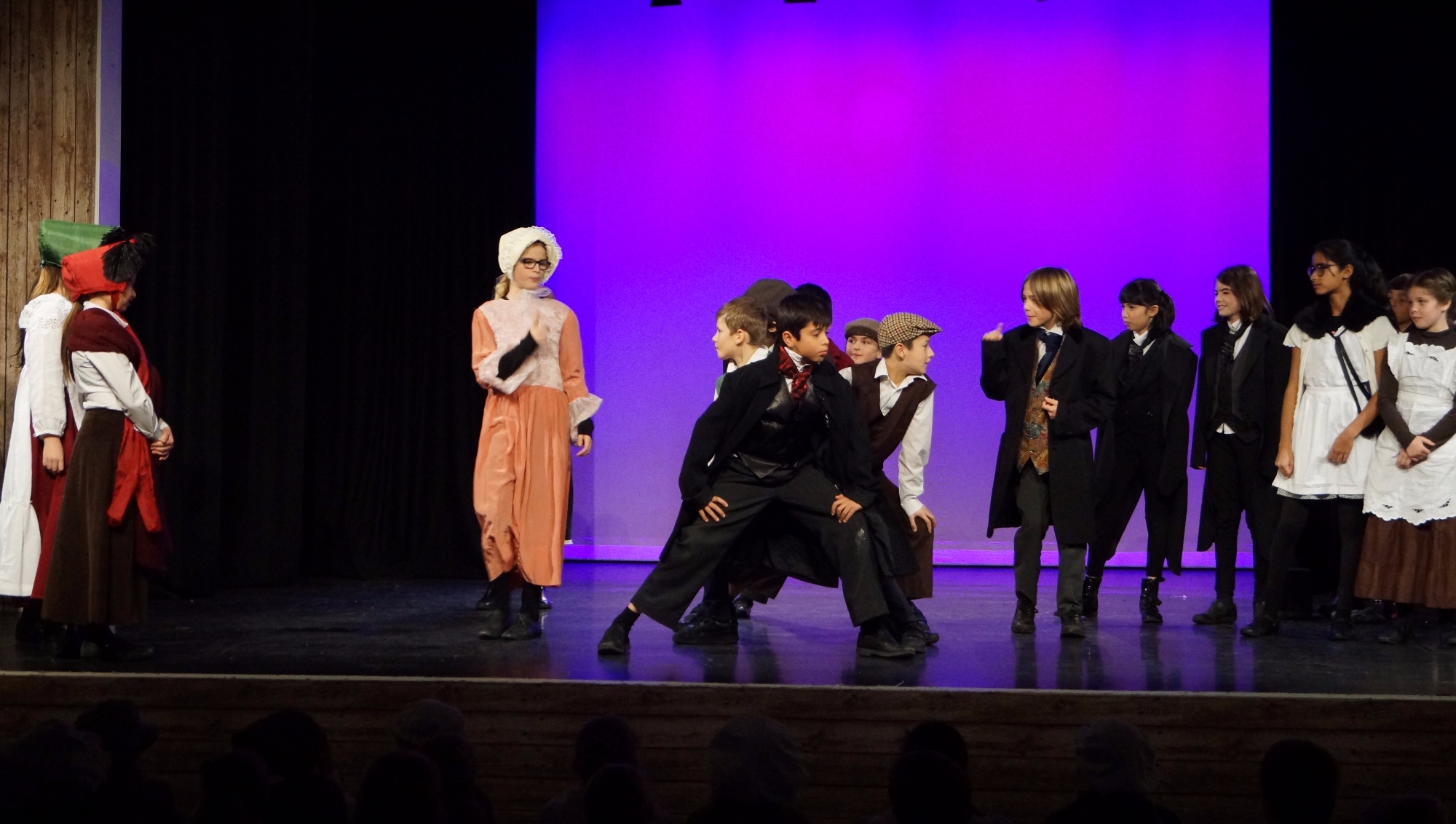 Mrs Marty is also to be congratulated on her casting and directing of 'Ebenezer'; it is obvious that she knows this year group very well indeed and she showcased her pupils' talents to great effect.

We are grateful to her and also to the huge number of colleagues and Senior School students who supported the production; it was particularly special to see some former Junior School pupils and their peers helping out as backstage crew and with sound and lighting. 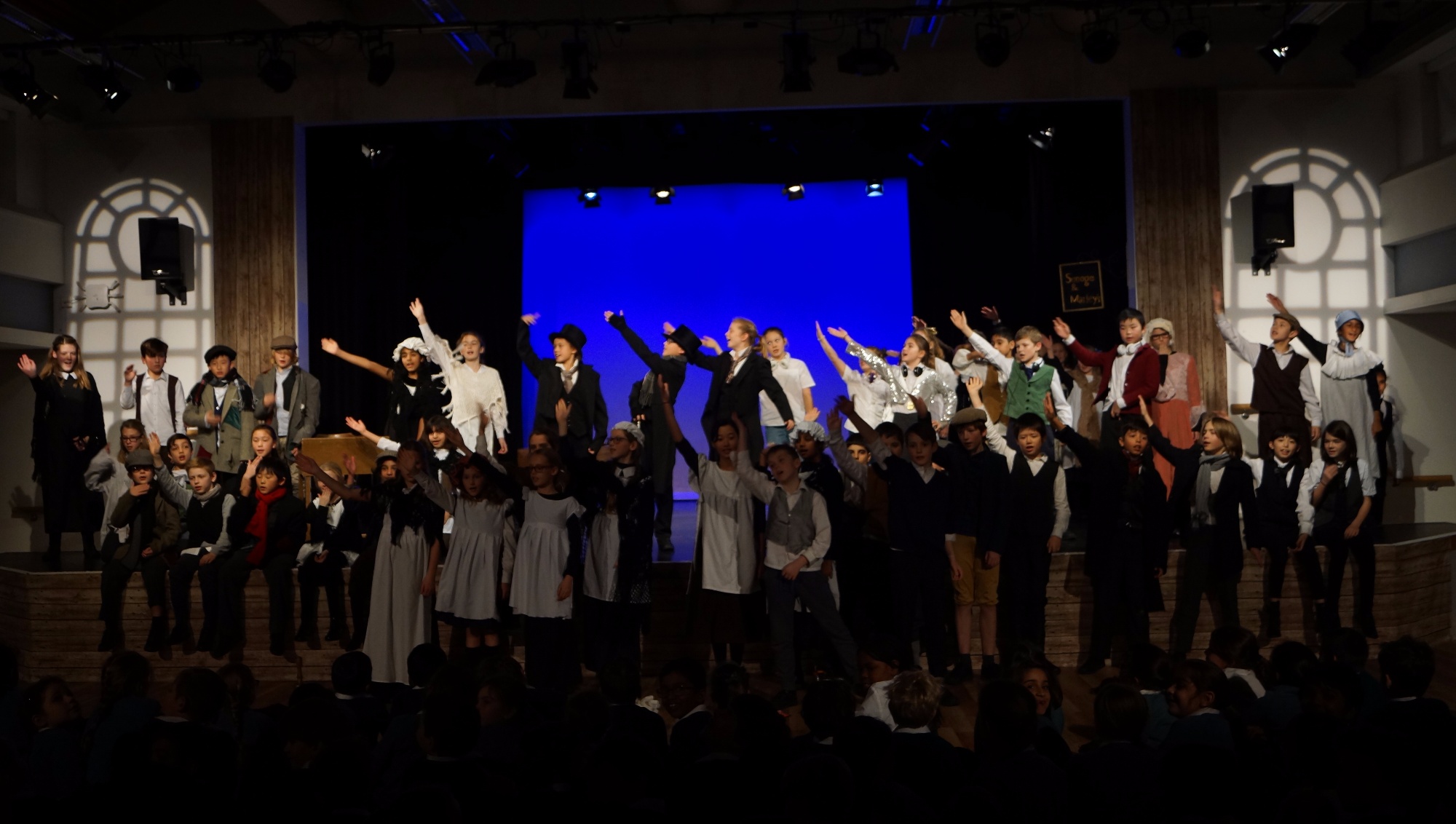