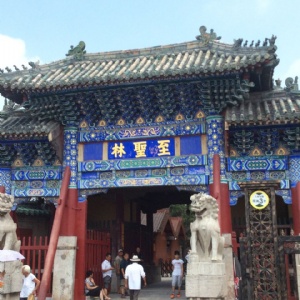 Today was dedicated to China’s greatest teacher – Confucius. We had to get up an hour earlier to go visit his grave, temple and home. We travelled by  bus for 3 hours to his hometown Qufu and arrived at the Confucius family graveyard first. The whole area was pathways with mounds in the grass for the different burials. If there was a tombstone it showed that you had money or were important, if it was just a large dirt mound it meant that it was where commoners were buried.

The whole graveyard was for Confucius and his descendants. Our guide was a descendant of Confucius on his mother’s side, and around 20% of the population of Qufu are related to the great sage. At Confucius’ actual tomb people were bowing and making offerings out of respect to him. During Mao’s China , Confucianism fell out of favour as it was considered part of the old society. It is only since 1990 that the government has recognised the importance of Confucianism and people have started to study it again. Confucius lived from 551 – 479 BC  and his philosophy stressed personal and governmental morality, the importance of correct social relationships, justice and sincerity. He came up with the idea

‘Do not do to others what you do not want done to yourself.’

After lunch where we sampled many local Shandong dishes, we visited Confucius’ temple. The temple grounds were very large and we wandered round the many courtyards and pavilions for around an hour; we saw the place where he taught his followers. After he died, his sayings were written in a book called The Analects by his disciples. Souvenir shops at the temple were selling all kinds of items with his sayings on. Afterwards we walked over to the Confucius family home and saw in to some of the rooms where he and his family lived. There were street vendors everywhere for people to buy fans and cold drinks because it was at least 40 degrees today.

After a dinner sampling more local delicacies, we headed back after our full day. 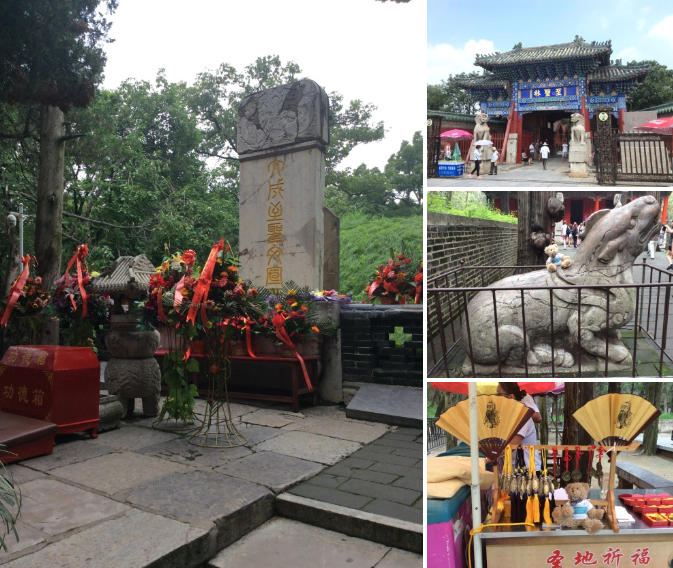 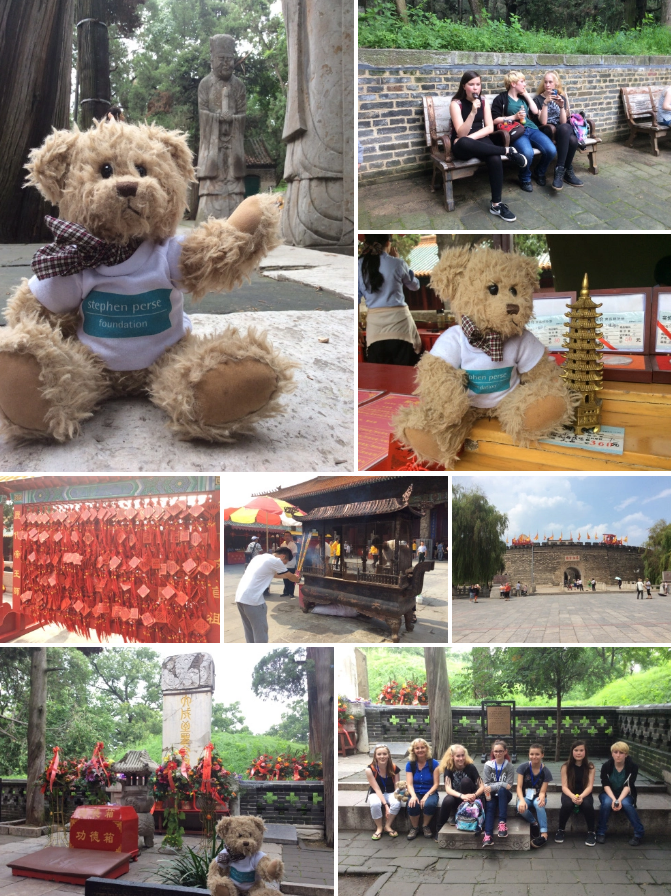